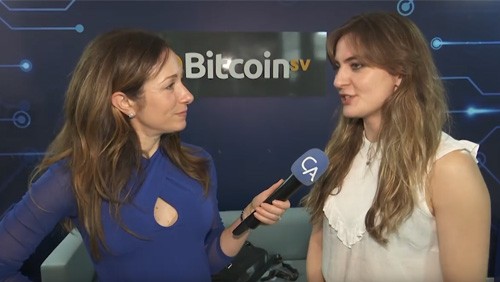 Bitcoin has more to offer the gambling industry than just a great payment option. By utilizing the blockchain, operators can benefit from having provably fair games as well. Chloe Tartan, research and development specialist at nChain, joined our Becky Liggero Fontana to explain what her company can help operators do on the Bitcoin SV (BSV) blockchain.

For those who might not have heard about provably fair concept, it’s pretty easy to understand. Game results can be recorded to the blockchain, allowing regulators and players to easily verify that the games are settling fairly.

Tartan noted why this concept can be very appealing for players. “So obviously online gaming has been around for a while, incredibly popular, but over time there has been some major problems in the perceived fairness of play,” she noted. “Users simply having to trust an online casino’s sort of declaration that they’re not altering results based on the players bets. Rather than having this inherent trust and relying on the websites claims of third party verified, the user can actually prove it for themselves.”

This bit of technology has already been solved, but nChain is going to the next level by addressing multiplayer games. “It’s a lot more challenging to implement multiple players,” Tartan admitted. “The computational complexities involved having this term distributed trust and so really when you think about something distributed, blockchain sparks to mind. You’ve got this sort of transparent public ledger where all of these players and the online gaming platform can commit to their inputs to generate some sort of randomness for a game of chance or like any game really involve some level of randomness and they can do this in a very transparent way by committing to their inputs on the blockchain.”

But is adapting current operations to the blockchain easy? Tartan explained how many different options are available depending on the comfort level of the company. “I think that one thing that people need to remember is the blockchain is interoperable,” she said. “It is very easily integrated into existing gaming platforms. Users don’t care really whether something’s on the blockchain or not, they just want to know it’s always fair. So in regards to what degree you’re using the blockchain, it shouldn’t matter as much as implementing it to your business. Of course, having your entire solution or game on the blockchain will cut out any sort of ambiguity about fairness. So in that regard, we would encourage you to build your applications of course on the blockchain. “

Richard Downey explains the power of the US sports betting market
Video
16 February 2021
.