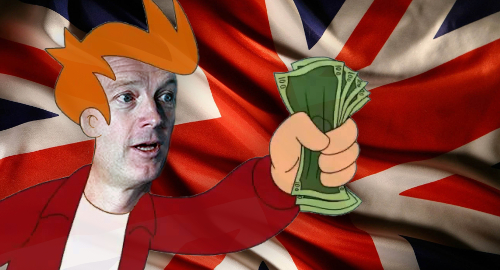 The UK’s biggest gambling operators have pledged to dramatically boost their funding of responsible gambling programs in an apparent bid to fend off future government crackdowns.

On Wednesday, the BBC reported that gambling operators Bet365, Flutter Entertainment (formerly Paddy Power Betfair), GVC Holdings, Sky Bet and William Hill had agreed to boost their voluntary responsible gambling levy from its current 0.1% of gambling revenue to 1% over the next five years.

The new 1% pledge was made in a letter sent this week to the Department for Digital, Culture, Media and Sport (DCMS), which oversees gambling activities. The Financial Times reported that the letter followed a meeting on Friday between industry reps and the DCMS, at which the government told the industry that its responsible gambling proposals were inadequate to deal with the scope of the problem.

The five companies issued a statement saying they hoped to agree on “a long-term costed plan” for their voluntary contributions by the end of 2019. Expectations are that the pledged amount will eventually return an annual £60m-£100m to responsible gambling programs, including those run by the industry-funded GambleAware.

In May, GambleAware reported that the voluntary levy from gambling operators had totaled £9.6m in the 12 months ending March 31, a mild improvement from the previous fiscal year but below its £10m target and well below the stipulated 0.1% benchmark. Many companies were found to have contributed only token amounts, apparently in the belief that their mere presence on the list of contributors was sufficient to ward off any regulatory unpleasantness.

The UK’s retail betting industry is currently reeling from the introduction this April of a reduction of stakes on fixed-odds betting terminals (FOBTs) from £100 to just £2. At the same time, the Remote Gaming Duty was increased six points to 21%.

Anti-gambling groups are now focusing their evil eyes on online slots, which they argue are effectively indistinguishable from FOBTs but are currently limited only by what individual operators consider an upper stakes limit.

UK operators have also agreed to restrict their television advertising in order to minimize the likelihood of minors viewing the promotional come-ons. Even that’s not enough for some operators, like GVC, which has called for a complete TV ad ban. (Critics point out that GVC, unlike online-only rivals, enjoys a marketing boost from the ubiquitous presence of its Coral and Ladbrokes brands on UK high streets.)

There’s no question that the UK gambling industry is feeling the heat, what with near-daily seven-figure regulatory penalties and the Labour Party’s equally frequent industry attacks. On Wednesday, DCMS secretary Jeremy Wright said the industry needed to “step up” their social responsibility commitments “to help ensure people gamble safely.”