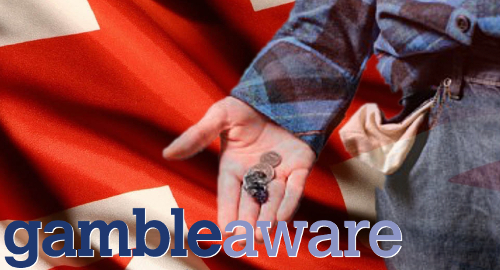 The UK gambling sector has once again come up short of its goal to adequately fund the industry’s self-funded problem gambling charity.

On Friday, the GambleAware charity revealed that its voluntary contributions from UK gambling operators over the 12 months ending March 31 totaled £9.6m. While this was “marginally more” than the charity received in the previous 12-month period, it fell below its £10m target and well below the 0.1% share of gambling revenue that operators are supposed to remit.

GambleAware also received £7.3m as its share of regulatory settlements between gambling operators and the UK Gambling Commission (UKGC), which has dramatically ramped up its enforcement activity of late, meting out some £27m in penalties in 2018 alone.

The voluntary funding shortfall doesn’t mean GambleAware will have to close its doors anytime soon, but the charity warned that its funding needs are set to increase under the UKGC’s new National Strategy to Reduce Gambling Harms, the three-year program announced last month that will include a “firm regulatory enforcement approach” toward recalcitrant licensees.

On that note, GambleAware’s itemized list of how much each gambling operator anted up over the past 12 months is, in some cases, a searing indictment of the lip service many operators pay toward their social responsibility obligations.

Some eyebrows were raised last week when Mims Davies, Minister for Sports and Civil Society, gave a speech in which she said the existing voluntary contributions model was “capable of delivering sustainable funding to meet the increased targets.”

Just moments before Davies’ comments, the polar opposite stance was taken by UKGC chairman William Moyes, who said a mandatory funding regime was the only way of collecting enough “hard cash” to fund problem gambling research, education and treatment programs.