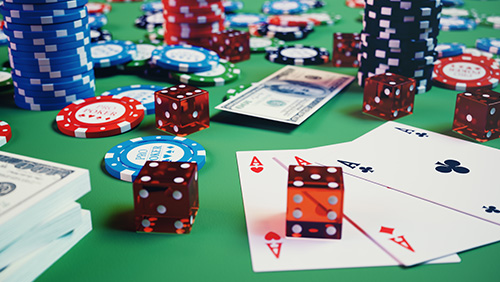 The Match Indian Poker League (MIPL) is entering its third season. It got underway this past Tuesday and saw eight teams competing for the championship. The opening of the tournament was led by Raj and Shilpa Shetty Kundra, appearing alongside actor Ranganathan Madhaven. As the first—as well as the only—sports poker league in the country, the MIPL is gaining a significant

amount of traction among poker enthusiasts in the country. In addition, the opening ceremonies included performances by a number of rising stars, including Karishma Tanna, Shamita Shetty and Sanjeeda Sheikh.

The winner of the third season will represent India at the Poker Nations Cup, which is established by the International Federation of Match Poker (IFMP). MIPL is the first Indian poker tournament involved with the international organization.

Marking the launch of the current season, Raj Kundra stated, “The hunt for India’s top poker player is back on with Season 3 of the Match India Poker League. This isn’t just another game of poker but a structured skill-based team sport. Indian players now get the chance to fight it out for the ultimate glory in Poker.” His partner added, “Poker isn’t about gambling or luck. It is an intelligent sport, a game of skill and strategy. The hunt for India’s top poker player has begun.”

Match Poker involves teams playing poker and is presented as a game that requires more skill than regular Texas Hold’em. In a Match Poker game, there are several tables with players from each team taking a seat at each table. The tables receive the same cards, which are dealt to the same positions on each table. The current list of teams includes the Pune Kinge, the Kolkatta Diamonds, the UP Indians, the Mumbai All Stars, the Bangalore Royals, the Jaipur Jewels, the Haryana Hawks and the Ahmedabad Hearts.

Notably missing from the lineup were the Goa Lions, which has been involved in a dispute with Kundra and the MIPL over the tournament’s conditions.

MIPL is sanctioned by both the IFMP and the Indian Federal of Poker. The tournament only lasted for two days, wrapping up late yesterday. Because of the late completion, the winner has not yet been announced.