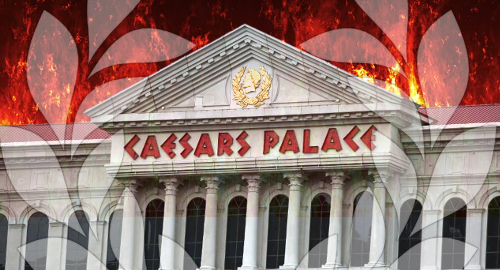 Casino operator Caesars Entertainment Corporation lost $359m in the third quarter of 2019, a disaster for anyone else but a “solid” financial performance according to the company’s CEO.

Figures released Tuesday show Caesars generated revenue of $2.24b in the three months ending September 30, a 2.3% improvement over the same period last year. But the company booked a $68m operating loss and a net loss of $359m versus a $110m profit in Q3 2018.

The revenue gains came entirely from Caesars operations in Las Vegas, which reported revenue up nearly 7% to $973m. The Vegas numbers were goosed by higher gaming volume and gamblers playing unlucky, resulting in a 17.3% rise in gaming revenue, while hotel occupancy was up three points to 95.6%.

Things were less rosy in Caesars’ ‘other US’ segment, which saw revenue dip less than 1% to $1.12b, primarily due to increased competition in Atlantic City, although this impact was blunted somewhat by contributions from the Centaur Gaming acquisition.

The net loss occurred due to a variety of factors, including – surprise! – costs associated with servicing Caesars’ debt load, which remains significant despite the tortured bankruptcy and restructuring process it underwent a few years back. The company also enjoyed $89m less in Trump tax breaks in Q3.

Caesars CEO Tony Rodio nonetheless chose to put a proper coat of polish on this quarterly turd, hailing the ‘solid’ results that came “despite headwinds across our portfolio.” Rodio also celebrated his company trimming corporate expenses by more than one-fifth in Q3, so anyone visiting Rodio’s corner office will understand if offers them tap water instead of Cristal.

Caesars will get a $516m boost to its bottom line in Q4, assuming the deal to sell its Rio property on the Las Vegas Strip concludes on schedule before the end of the year.

Shareholders of both Caesars and rival Eldorado Resorts will vote yea or nay on the merger of the two companies on November 15. Assuming both sides are in favor, the union is scheduled to complete sometime in H1 2020.