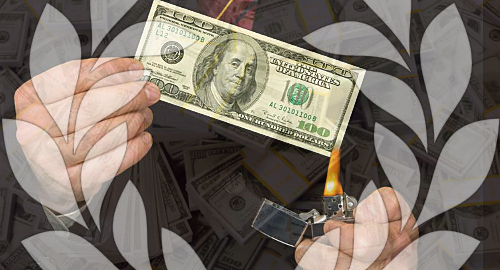 The final legal tab has come in for casino operator Caesars Entertainment Corporation’s prolonged bankruptcy fight, and it ain’t pretty.

According to a summary court filing on Tuesday, the nearly three-year bankruptcy tussle over CEC’s struggling main unit Caesars Entertainment Operating Co (CEOC) required the company to pay out over $160m divvied up among six different law firms, including $77m to Kirkland & Ellis, which served as CEC’s lead counsel.

Another $30.6m went to Winston & Strawn, which served as legal counsel to Richard Davis, the former Watergate prosecutor who was brought in to dig through CEC’s dirty laundry to discover if their sketchy financial antics meant they were liable for billions more dollars than they hoped to pay. (Spoiler alert: they were.)

Of course, a messy restructuring of CEOC’s tangled affairs was never going to come cheap, but imagine how much smaller CEC’s legal tab might have been if it had just copped to paying those extra billions from the get-go rather than cling to the faint hope that US Bankruptcy Judge Benjamin Goldgar would simply smile their way and say ‘that’s fraudtastic!’

In other CEC news, the Indiana Horse Racing Commission (IHRC) says it still hasn’t received an application for the $1.7b sale of Centaur Gaming’s two Indiana racinos to CEC. The deal, which was announced last month, requires the approval of both the IHRC and the Indiana Gaming Commission.

CEC already operates two Indiana-based Horseshoe-branded casinos, and the addition of Centaur’s Indiana Grand casino and Hoosier Park Racing & Casino will give CEC control over four of the state’s top-five gaming venues by revenue. Indiana law doesn’t allow any one company to own more than two casinos in the state, but the law doesn’t apply to racetrack-based casinos.