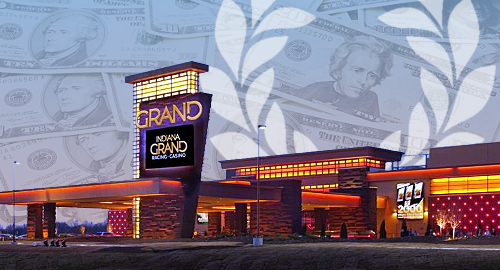 UPDATE: On Thursday, Caesars confirmed that it would play $1.7b in cash ($1.63b upfront, $75m deferred) to acquire Centaur’s operations. The original article appears below.

Casino operator Caesars Entertainment is reportedly looking to spend up to $1b to expand its Indiana casino footprint.

On Wednesday, Bloomberg reported that Caesars was in the “final stages of negotiations” with Indiana-based Centaur Gaming LLC to acquire Centaur’s Hoosier Park casino in Anderson and the Indiana Grand casino in Shelbyville.

Caesars is reportedly willing to pay $1b for the two properties, which also include racetrack operations. Each of the racinos has over 2k slot machines and generated combined $480m in gross gaming revenue in their most recent fiscal year. Centaur also operates several off-track betting venues in the state.

The privately-held Centaur paid $500m to acquire the Indiana Grand in 2013. In May of this year, reports circulated that Centaur had enlisted Deutsche Bank to explore a potential $1b sale of the company. Bloomberg claimed that the Caesars deal could be concluded as early as this week, but neither company has issued any statement on the report.

Caesars already operates two dockside riverboat casinos in Indiana – Horseshoe Southern Indiana and Horseshoe Hammond, the latter property the state’s largest in terms of gaming revenue – and the addition of the two Centaur properties would put roughly half the state’s gaming revenue under Caesars’ control.

Furthermore, Indiana law prohibits any one operator from holding more than two gambling licenses in the state. However, Caesars’ byzantine organizational structure – which it tried to use to shield more profitable venues from creditors’ clutches during the prolonged bankruptcy of its main unit Caesars Entertainment Operation Co (CEOC) – could allow Caesars to claim that the licenses were technically being held by separate entities.

Earlier this month, Caesars CEO Mark Frissora used his company’s Q3 earnings call to reveal that, since emerging from its three-year bankruptcy process, the company was sitting on around $2b in cash and was hankering to do some “M&A activity.”

Like every other Japanese casino wannabe, Caesars claims it’s willing to spend up to $10b building a Japanese integrated resort. Blackhurst said Caesars had identified two potential cities – Osaka and Tomakomai – as its preferred locations, and that Caesars would look to partner with a local developer so that it could focus on managing the property’s gaming operations.

With all due respect, there’s no way in hell Caesars is winning the Japanese casino derby. There’s just too many other candidates with actual Asian market experience and far stronger balance sheets for Caesars to even warrant a second look, and that’s without concerns that the company’s ticking debt bomb won’t go ‘boom’ by 2020.