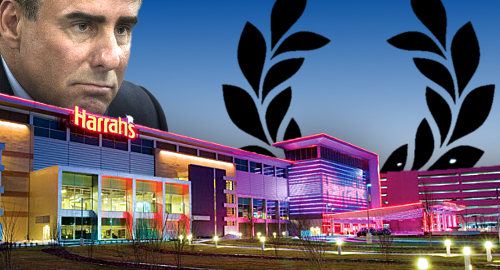 Casino operator Caesars Entertainment Corporation (CEC) is mulling getting back into the acquisition game after finally resolving its nearly three-year bankruptcy process.

CEC released its third-quarter earnings report this week, showing flat revenue of $986m, adjusted earnings up 12.6% to $303m while posting a net loss of $460m, thanks to $472m in adjustments related to the restructuring of its main unit, Caesars Entertainment Operating Co (CEOC), which finally emerged from bankruptcy protection last month.

The restructuring of its troubled CEOC unit into two entities – a casino operation and a real estate investment trust – has left CEC with around $2b in cash on its balance sheet, money that rightfully belonged to CEOC’s junior creditors, but hey, that’s why pencils have erasers, right? Am I right? Anyone? Bueller?

Frissora (pictured) told analysts that CEC hoped to use some of that cash to get back into “M&A type activity” while also suggesting CEC would look to dispose of some of the “lower performing” casinos in its portfolio. Firssora said the goal was to accomplish the latter “in such a way that you really don’t see the impact on the revenue line.”

Last month, Frissora suggested that the recent mass shooting in Las Vegas that left 59 people dead had led to a decrease in casino activity by Asian high-rollers. On Wednesday, CFO Eric Hession said there were “definitely headwinds associated” with the shooting, but the company was sticking with its full-year guidance in the belief that the effect would be temporary.

CEC reported 4% slot machine volume growth in Q3, which Hession called “some of the strongest growth we’ve had in a very long time.” The company refreshed around 10-15% of the machines on its gaming floors and enhanced its marketing to attract slots-friendly customers.

These slots gains helped offset “highly unfavorable hold at one of our London properties.” Most London casinos cater to a members-only, whale-friendly clientele, and while Hession said the London venues experienced “very strong volume growth… we just played unlucky for the quarter.”

Frissora said there were “a lot of mixed things” in Pennsylvania’s new law, including adding new satellite casinos that could draw traffic away from Harrah’s Philadelphia, and thus it was too soon to tell if the legislation was “net positive.” Hession added that the ludicrous 54% online slots tax was “very much on the high side” and thus more evaluation was needed before the company could form a concrete opinion on the law.