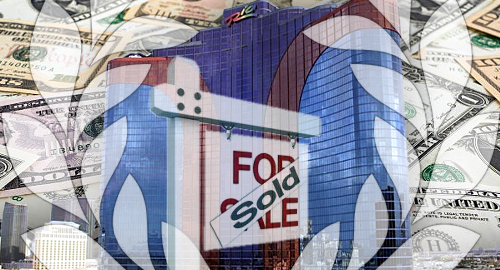 On Monday, Caesars announced that it had reached a $516.3m deal to sell the Rio to “a company controlled by a principal of Imperial Companies,” a New York-based real estate investment firm. Pending regulatory approvals and other closing conditions, the deal is expected to conclude sometime in Q4 2019.

The agreement allows Caears to continue managing operations at the Rio for a minimum of two years while paying annual rent of $45m. The Imperial-affiliated company has an option to extend the lease period for a third year in exchange for a $7m payment to Caesars. The buyer also has the option of requesting the transition of management rights from Caesars at the end of the lease period.

The sale is likely the first of several such deals Caesars will announce in the coming months, ahead of the finalization of the company’s acquisition by rival Eldorado Resorts. Eldorado CEO Tom Reeg recently stated that he was looking to unload at least one Caesars property on the Las Vegas Strip and regulatory demands in other markets – including Atlantic City, where the combined entities would control four of the nine casinos – will likely require similar sell-offs.

As for the WSOP, Caesars said Monday that the 2020 tournament will go ahead at the Rio as planned. However, the company offered no guidance for the 2021 event, except to say that the WSOP’s hosting rights will remain with Caesars following the Rio’s ownership transfer. The Rio will also remain part of the Caesars Reward loyalty program for the duration of the property lease.

Caesars CEO Tony Rodio said the deal would allow his company to “focus our resources on strengthening our attractive portfolio of recently renovated Strip properties and is expected to result in incremental EBITDA at those properties.” Rodio said the retention of both the WSOP and the loyalty program’s customers “make this a valuable transaction for Caesars.”