Home / Business / Online gaming in Michigan? Not if Governor Whitmer gets her way 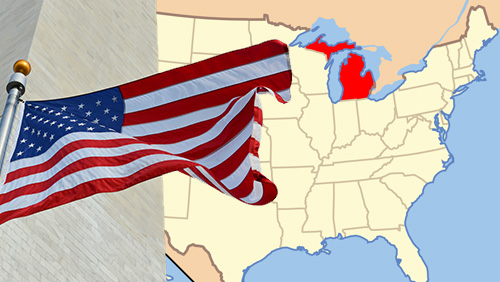 Last December, Michigan’s outgoing governor, Rick Snyder, shot down an online gaming bill as he headed out the door. Many within the industry thought they might have a better chance at finding approval with the new governor, Gretchen Whitmer, but it’s not going to be that easy. There have already been indications that she would oppose an online gaming bill, and she is now reiterating her stance. If gaming operators want her to change her mind, they better start working on a plan quickly.

Michigan Representative Brandt Iden was behind 2018’s online gaming push before he was bullied by Snyder. He’s back at it again, but is catching flak from Whitmer, who believes that online gaming could take revenue away from the state’s existing online and retail lottery programs. If this were to happen—even though there’s no evidence that it has taken place in other states that have legalized online gaming—it could hurt the school’s education system, as it would divert money away from school programs.

Speaking to Michigan Radio this week, Whitmer asserted, “I’ve said very clearly, over and over again, that protecting the School Aid Fund, ensuring that we get every dollar back into the education of our kids is my top priority. So I’m going to have a hard time supporting anything that doesn’t protect that goal.”

New Jersey is a good example (and the only one) of how online gaming and online lotteries can coexist happily. The state’s lottery recorded $3.3 billion in revenue last year—well above the previous high of $10 million from 2017—and its online casino sector, which has been around for six years, is also operating at an all-time high.

Iden asserts that this shows Whitmer’s argument as erroneous, adding that people are already gambling online through offshore sites. By legalizing the activity, Michigan would be able to capitalize on those lost funds. Iden explains, “That’s one of the things that the governor desperately needs right now. She’s looking for increased dollars for roads, she’s looking for increased dollars for education. What I’m proposing is a way to help get her there and I certainly hope she doesn’t stand in the way of bringing more dollars to kids.”

The solution seems simple. Allocate the same percentage of online gambling to the same programs covered by lottery legislation. If, as Whitmer believes, people move from lotteries to other forms of online gaming, the money directed to those programs won’t change. However, evidence showing that both segments can operate in unison without a loss in revenue leaves one believing that perhaps Whitmer’s reservations are based on some other, unannounced reason.