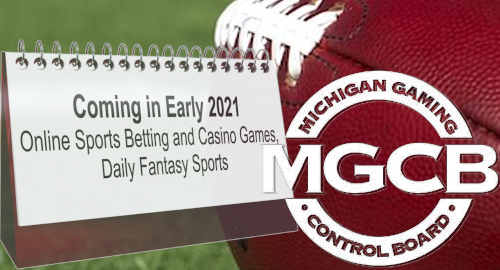 Michigan’s new online gambling/sports betting sites may not launch until the new year, but the first 15 horses have officially entered the starting gate.

On Thursday, the Michigan Gaming Control Board (MGCB) announced it had issued the first 15 provisional licenses for the online gambling and sports betting partners of the state’s commercial and tribal casino operators.

As for when any of those licensees’ sites might launch, MGCB exec director Richard Kalm said it will depend on how quickly the platform providers meet other regulatory requirements, including independent testing of platforms and games, approval of internal controls and securing occupational licenses for certain key staff.

Kalm indicated that the MGCB wasn’t necessarily wedded to the idea of having all operators launch at the same time to ensure no first-mover advantage. Kalm said the providers’ ability to meet the above requirements “will determine which entities can be licensed for launch first.”

While Michigan gamblers continue to hold out hope for a Christmas miracle, the MGCB’s iGaming/betting page currently displays a calendar indicating that the products (along with daily fantasy sports) are “coming in early 2021.” Thanks for nothing, Grinchy…

While most of the platform providers have links to the state’s tribal casinos, BetMGM, Penn National and FanDuel have partnered with Detroit’s three commercial venues. Those Detroit casinos could really use an online revenue stream right now, because while many tribal casinos continue to operate at reduced capacity, the Detroit casinos were ordered to close for the second time in mid-November as a pandemic precaution.

That closure weighed heavily on the November numbers, which showed combined gambling revenue of $50.4m, only about half of their October total. Tables and slots combined for $48.1m of that total, while retail sports betting brought in $2.3m – less than one-third of October’s take – on handle of just over $25m.