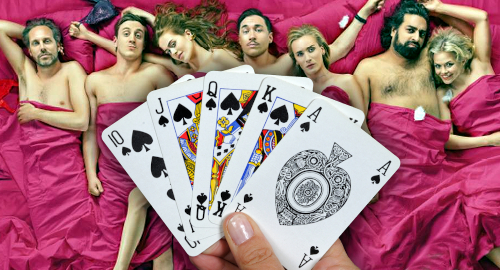 Michigan’s online poker players could get a chance to match wits (and bets) with rivals in other US states after their governor signed interstate online poker legislation.

On Tuesday, word broke that Michigan Gov. Gretchen Whitmer had signed a variety of bills from the 2020 legislative session on December 29, including Senate Bill 991, which will allow the state’s online poker licensees to share player liquidity with commercial and tribal gaming operators in other states that have legalized the activity.

SB 991, which will take effect at the end of March, sought to update the online sports betting, casino and poker legislation the state passed one year ago to specifically authorize interstate poker liquidity. Online poker operations in states where such activity is permitted have to date struggled due to a lack of a sufficiently large player base.

New Jersey, Nevada and Delaware have been sharing poker players since 2018 but only Caesars Interactive Entertainment and its 888 Holdings partner are currently operating poker sites in all three states. Pennsylvania has authorized online poker but has yet to join these other states in a liquidity pool, in part due to legal concerns.

Those concerns stem from lingering questions over whether cross-border gambling violates the 1961 federal Wire Act, which forbids the transmission of gambling information across state lines. The Trump administration held the view that the Wire Act applied to forms of gambling beyond sports betting, although courts have so far failed to support this view.

Michigan approved its first 15 online gambling licensees in December and the state’s digital market is expected to formally launch sometime this month. Given Pennsylvania’s cautious handling of the liquidity issue, it seems almost certain that Michigan poker players will be limited to playing against each other in the current year.

One of Michigan’s initial 15 online licensees, PointsBet, announced this week that it had signed an official sports betting partnership with the NBA’s Detroit Pistons, while adding former Pistons great Rip Hamilton as a brand ambassador. PointsBet previously signed a similar partnership with MLB’s Detroit Tigers.