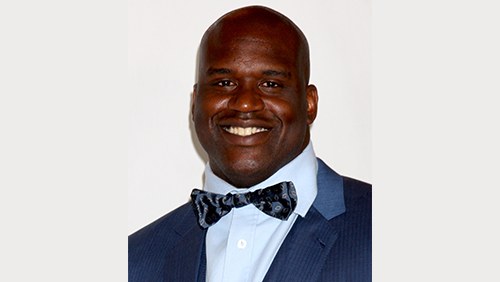 Shaquille O’Neal made a name for himself in the NBA, collecting four championship titles and three Finals MVP titles, along with a laundry list of other accomplishments. In a professional career that spanned 20 years, Shaq set himself apart as a scoring leader and, even after leaving the league, he wasn’t done staying in the spotlight. He has released four rap albums and has starred in two reality TV shows, and is also the manager of an eSports group in the NBA 2K League. Now, the 7’1” tower has added another accomplishment to the list by becoming a brand ambassador for Australia-based sports gambling operator PointsBet.

Going forward, Aussies will see Shaq appear regularly in PointsBet’s marketing campaigns on TV and digital platforms, including social media. Often soft-spoken in interviews, unless he’s feeling especially energetic, O’Neal has stayed in the limelight over the years by becoming a keen business investor and aligning himself with a number of worthy causes. He has been a regular fixture in different basketball-themed video games over the years and even has his own, Shaq Fu, that was made available for Super Nintendo and Sega Genesis.

Because of his continued high-profile status, PointsBet decided to strike an agreement with him to be its brand ambassador in a deal for which the terms were not disclosed. Andrew Fahey, the company’s co-founder and chief marketing officer, said of Shaq, “Shaq is an iconic figure in the worlds of sports and entertainment and was our clear number one pick to represent the PointsBet brand in Australia. U.S. sports, particularly professional basketball, continue to be the fastest-growing betting sport in Australia, and we are very excited to align with such a transcendent athlete. Further, we are delighted that Mr. O’Neal has agreed to take part of his consideration in the form of equity in PointsBet, which underscores the alignment and trust across our teams and our shared belief in the opportunities ahead for PointsBet.”

PointsBet hasn’t made a name for itself only in Australia; it has a strong presence in the U.S. and other countries, as well. In August of last year, its U.S. footprint grew after it expanded its operations in New Jersey and added Indiana to the states it serves. It can also be found in Michigan, where it is partnered with the Detroit Red Wings of the NHL and the Detroit Pistons of the NBA. That wasn’t one of the six teams Shaq played for when he was on the court, but his involvement with the league and with PointsBet will certainly spill over. Shaq, always a man of few words, said of becoming an ambassador for the company, “The rise of responsible sports betting is really exciting, and I am so excited to join forces with PointsBet, the best-in-class partner in Australia when it comes to online sportsbooks.”