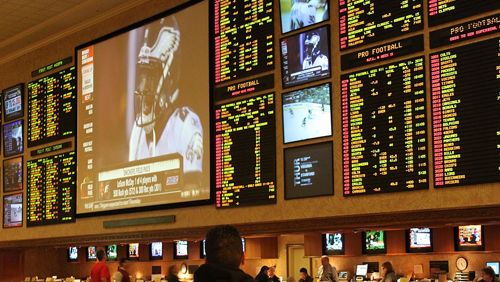 Australia’s PointsBet iGaming and sports gambling operator has had a busy week this week. It secured two major deals, one each in Indiana and New Jersey, that will allow it to further cement its foothold in the U.S. With almost all major sports now back in action, and the NFL coming up in just over a month, PointsBet is quickly grabbing a piece of the sports gambling action in the country while, at the same time, it is expanding its iGaming operations. With possibly more legalized iGaming and sports gambling on the horizon, it’s in good shape to be one of the top players in the U.S. gaming industry.

Earlier this year, PointsBet announced that it had secured a sports gambling license to operate in Indiana, marking a huge milestone for the company. Building on that, it is now the official gaming partner of the NBA’s Indiana Pacers. The basketball team has given PointsBet a multi-year contract that will see the gaming operator gain massive exposure for its sports gambling app. In addition, the company’s logo will appear on the Pacers’ home court at Bankers Life Fieldhouse, and PointsBet will also earn bragging rights for becoming the first sportsbook operator to receive this level of exposure on the court of any NBA team.

Asserts PointsBet CEO Johnny Aitken, “Indiana represents a massive opportunity for PointsBet, and we will take a heavily localized approach to ensure we are delivering the best overall customer experience Indiana sports fans and bettors are seeking.”

That deal was announced on Tuesday and, just a day later, PointsBet was busy sealing another partnership in New Jersey. It is now in bed with Twin River Management Group (TRMG) for the next ten years, thanks to an arrangement that will see it become a skin for the casino operator’s iGaming operations. The deal hangs on approval by state regulators and the successful purchase of Bally’s Atlantic City through an agreement as part of the Eldorado Resorts/Caesars Entertainment merger.

PointsBet is already in the Garden State, thanks to its sportsbook skin found through the Meadowlands Racetrack. It is now working on putting together its portfolio of online casino games, and explains that it is currently in “advanced discussions” with several providers to offer virtual slot machines and live-dealer table games. Once everything is ready, the company hopes to be able to launch its platform in the state sometime early next year.

The New Jersey agreement is an extension of PointsBet’s presence in the state. About seven months after the state had successfully led a charge to convince the U.S. Supreme Court to dissolve PASPA, the company was approved for online sports gambling. Since then, it has expanded its footprint in the state, and recently received a temporary operator permit to introduce retail sportsbooks and off-track betting parlors. Those will be available thanks to a partnership with Hawthorne Race Course, which was given a four-year master license last week.