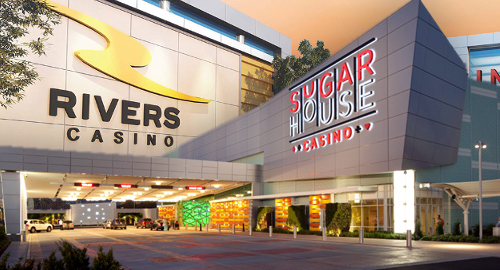 Pennsylvania’s first satellite casino is officially a go while one of the state’s largest existing casinos is undergoing a name change.

On Wednesday, the Pennsylvania Gaming Control Board (PGCB) unanimously approved the plan by Penn National Gaming (PNG) to construct a $111m ‘mini-casino’ in Berks County. Hollywood Casino Morgantown expects to open in late-2020 with 750 slots, 30 gaming tables (plus an option for 10 more), along with a sportsbook, restaurant and other amenities.

The state authorized auctioning off up to 10 Category 4 casinos under the gambling expansion legislation approved in 2017. However, the state called a halt to the process when the sixth auction produced exactly zero bids.

PNG won the first Cat 4 auction and also holds one of the other four Cat 4 licenses, with which the company hopes to build a venue in York County. PNG originally opposed the Cat 4 concept and only secured the licenses as a defensive strategy to protect its main Pennsylvania venue, Hollywood Casino at Penn National Race Course. PNG filed a lawsuit claiming the Cat 4 licenses were unconstitutional but ultimately dropped the suit.

The Morgantown venue is expected to draw the bulk of its customers from the Reading and Philadelphia areas, which segues nicely into Wednesday’s other Pennsylvania casino news. Rush Street Gaming, which operates the SugarHouse Casino in Philadelphia, says the venue will begin operating under the name Rivers Casino Philadelphia starting sometime this fall.

Rush Street and its affiliates operate three other Rivers-branded casinos, including one in Pittsburgh, and the others in Schenectady, New York and Des Plaines, Illinois (outside Chicago). Rush Street says the Philadelphia casino’s rebranding will be accompanied by a $15m property upgrade, including a new permanent sportsbook and signature restaurant.