Following approval of gaming expansion in Pennsylvania by state lawmakers, Penn National Gaming announced that it wanted to put a satellite casino in Morgantown. The Hollywood Casino Morgantown would be the first satellite casino in the state and local authorities didn’t have any problems supporting the idea, even if some local residents did. The next step is to receive permission from the Pennsylvania Gaming Control Board (PGCB), which could come as soon as today. 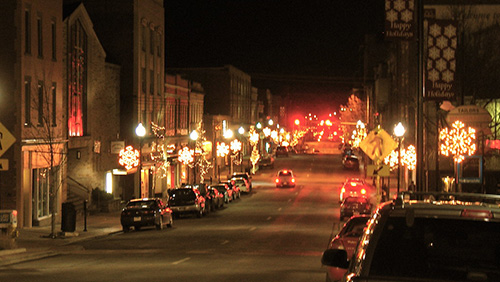 The PGCB is expected to lead a hearing today at 10 AM local time to discuss whether or not to green-light the project. Penn National is hoping it won’t find any major opposition to the $111-million casino, which would host 30 table games and 750 slot machines, and the possibility of including ten more table games.

The gaming commission will sit through a presentation prepared by Penn National that details the project in hopes of convincing the commissioners of the casino’s benefits to the local community, as well as to Pennsylvania. PGCB spokesperson Doug Harbach stated that the board could decide to vote on the proposal today, based on the presentation and public feedback, or decide to take more time before issuing its decision.

In total, Pennsylvania could ultimately see as many as ten satellite casinos scattered across the state thanks to the gaming expansion legislation that was approved in 2017. That legislation led the way for Penn National to be given authorization last year to construct two Class 4 satellite casinos, and the casino operator selected Caernarvon Township in Berks County as one of the two destinations.

The gaming options won’t be the only gambling activities offered at the satellite venue. It is expected to host a sportsbook, as well, and restaurants and an entertainment lounge. Penn National has said that the casino will provide over 275 temporary construction jobs and at least 250 permanent jobs once the venue opens its doors. The company adds that construction should take about 18 months after all permits are in place.

Despite the boost to the local Caernarvon economy, which will the benefactor of 2% of the satellite’s slot revenue and 1% of table game revenue, locals aren’t thrilled with the idea. Opponents argue that a casino clashes with the local social environment, which is tied to Amish communities in the area.

However, the idea of increased local revenue will most likely prevail. Morgantown, and Berks County, have not been a hotbed of economic activity in recent years, and need ways to improve their resources. Today’s hearing is not open to the public, which should prove beneficial to Penn National since it won’t have to entertain comments from those wishing to stop the satellite from happening.