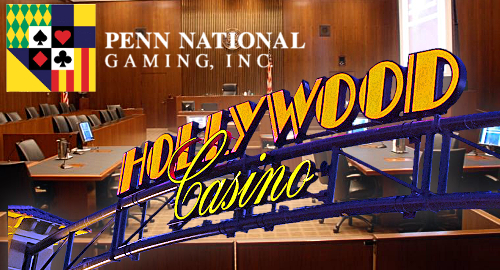 In January, PNG launched a federal court challenge of Pennsylvania’s gambling expansion legislation, specifically the part that allowed the state to auction off up to 10 mini-casino Category 4 licenses.

On Monday, Penn Live reported that PNG filed a notice of withdrawal of its lawsuit with the US District Court on July 12. PNG spokesperson Eric Schippers explained that, while the company “continue to believe in the merits of our arguments,” the withdrawal was a “business decision” to allow the company to focus on its own mini-casino plans.

Pennsylvania imposed a 25-mile buffer zone around its 12 brick-and-mortar casinos in which the new mini-casinos couldn’t be built. The relative proximity of many casinos meant their buffer zones overlapped, which expanded their overall prohibited zone. Hollywood Casino’s geographic isolation meant that its buffer was limited to the 25-mile radius, something PNG felt put the casino at a unique disadvantage, given that most of Hollywood’s customers already came from beyond the 25-mile buffer.

PNG was so determined to protect its Hollywood property from cannibalization that it paid $50.1m to win the first Cat 4 license auction. The company chose to situate its new venue in York County, about one hour from its Hollywood venue, thereby establishing its own buffer against outside competition. PNG later acquired a second Cat 4 license via its Mountainview Thoroughbred Racing Association subsidiary for a comparatively minor $7.5m.

With the lawsuit off the table, Schippers said PNG intends to “focus entirely on our development efforts for our two new casinos,” which the company hopes will protect its existing investment while simultaneously “penetrating more deeply into more populous market areas to our south and east.”

Pennsylvania’s Cat 4 auctions ground to a halt after only five licenses were sold, with the three other licenses going to Stadium Casino LLC (which is building the second Philadelphia casino), to the operator of Mount Airy Casino Resort, and to Greenwood Gaming & Entertainment, which operates the state’s market-leading Parx Casino.