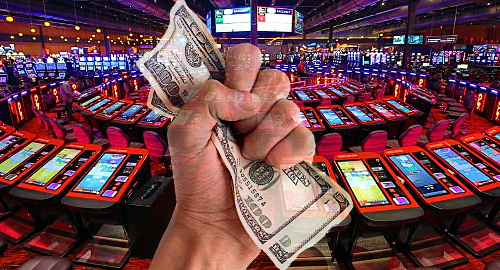 Pennsylvania casinos set a new monthly revenue record in March but the latest auction for a satellite casino license still came up empty.

On Tuesday, the Pennsylvania Gaming Control Board (PGCB) proudly announced that the state’s 12 casinos generated revenue of $300.5m in March, a 3.8% improvement over the same month last year and a new monthly revenue record, surpassing the previous record of $296.7m in March 2013.

March’s gains came entirely due to slot machines, which gained 5.4% year-on-year to $221.3m. Table game revenue slipped half a percentage point to $79.2m, thanks largely to an 11.4% fall at Sands Bethlehem, which nonetheless still managed to top the table chart with $18.9m, although runner-up Parx Casino made a valiant charge, rising 11.9% to just under $17.2m.

Despite March’s record bounty, the PGCB was chagrined to announce Wednesday that its latest auction for a Category 4 ‘satellite’ casino license attracted exactly zero bidders, calling into question the point of holding future auctions.

The previous five auctions had brought in a total of $127m, although the last auction on April 4 produced a top bid of $7,500,003 (by Penn National Gaming subsidiary Mountainview Thoroughbred Racing Association), which is only $3 over the minimum required bid of $7.5m.

Under the terms of the gambling expansion legislation the state approved last year, the PGCB was authorized to issue up to 10 Cat 4 licenses via auctions held every two weeks. However, the law also calls for the PGCB to reassess the need for future auctions if the pool of bidders appears to dry up.

Following Wednesday’s aborted auction, the PGCB announced that it would consider the situation and make an announcement at an unspecified date regarding the status of future auctions. The PGCB has the option of opening up the bidding to parties other than the state’s existing gaming license holders, although the PGCB would first need to establish the criteria and procedures for determining bidding eligibility.