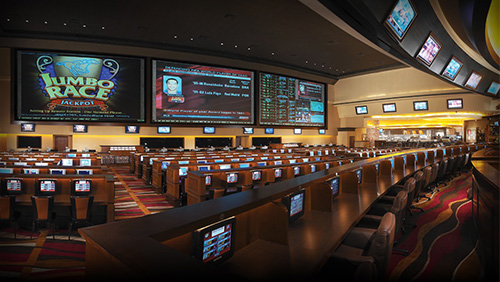 SugarHouse Casino has become the first casino in Pennsylvania to officially launch its own online sportsbook. The casino was given approval by regulators this past Tuesday to flip the switch on the operations, which then offered the experience the same day from 4 PM to midnight. Two similar, but longer, tests will run today and tomorrow and a full-blown launch should be coming this Friday.

It’s been a long day coming and SugarHouse has been chomping at the bit to roll out the online service in Pennsylvania. Sports gambling has generated over $125 million since the activity was legalized last November and online wagers are expected to drive revenue even higher, both for the company and the state.

Jessica Welman, a sports betting analyst for PlayPennsylvania.com, agrees. She states, “There is no question that the growth of the Pennsylvania sports betting market has been slowed by the delayed launch of online apps. The launch of sports betting apps will give us our first true look at Pennsylvania’s potential as a market, which we believe should rival New Jersey and eventually Nevada as the nation’s largest market.”

Part of the reason online apps were not yet available is because of a regulation imposed by the Pennsylvania Gaming Control Board. It decided to be cautious on sports gambling and wouldn’t allow any online apps to be introduced before, or in conjunction with, retail operations – the apps could only be offered after the retail sportsbooks proved themselves.

SugarHouse’s app is available on Android devices, desktops or Macs – notably absent from the list are iOS devices. The blame for this rests squarely on the shoulders of Apple brass. The company is no longer allowing mobile devices that are mirrors of desktop apps, forcing companies to develop mobile apps that are different in appearance and, in some cases, functionality. Not only does this require a larger investment of funds, but it also requires more time for the apps to be designed, written and distributed.

Despite Apple’s not-very-customer-centric approach, SugarHouse is still excited about the rollout. SugarHouse Casino general counsel Evan Davis said in a statement, “It’s just an unbelievable day for us at SugarHouse and for sports bettors across the commonwealth. We see in New Jersey the appetite for wagering on sports online.”