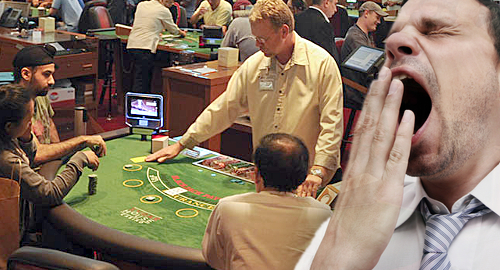 Figures released by the Pennsylvania Gaming Control Board (PGCB) show the state’s 12 casino operators generated combined slots and table game revenue of $277.8m in the month of April, a little over 1% less than they reported in the same month last year and well off the all-time high of $309.1m set this March.

SPORTS BETTING NEEDS DIGITAL JUMP-START
The state’s land-based sports betting operators reported total revenue of $4.22m in April, a decline of $1.3m from the month before (and from which the state claimed over $1.5m in tax). Total betting handle was also down, falling over 17% to around $36.8m, reflecting the end of the NCAA March Madness basketball frenzy.

There are currently eight Pennsylvania gaming venues with active sports betting operations, and this week the PGCB approved the Mohegan Sun Pocono casino’s sports betting permit application. The casino aims to have its retail book open by this fall’s NFL season, with the online sportsbook – powered by the Kindred Group’s Unibet Interactive subsidiary – coming at an unspecified later date.

Churchill Downs Inc’s Presque Isle Downs casino was previously issued a sports betting license but has yet to launch its wagering operations. That’s set to change on June 1 with the opening of the property’s retail sportsbook, which will feature 50 self-service betting kiosks.

The legal betting market in next door New Jersey is over 80% digital, but the PGCB has yet to offer any update on when the state’s bettors might expect online wagering options to appear. One month ago, the expected launch timeline was said to be only a matter of weeks, so the first betting app should launch within days.

YOU GET A FINE! AND YOU GET A FINE!
In other PGCB news, the regulator slapped a $90k penalty on the operator of Pittsburgh’s Rivers Casino for seven instances in which individuals under 21 years of age were able to gamble or consume alcohol (or both) while on the premises.

The SugarHouse Casino in Philadelphia was penalized $15k for serving 17 complimentary cocktails to a single gambler over an eight-hour period. The gambler was finally cut off when it became clear he was too soused to hold his head up, after which he was escorted out, but not without an ‘altercation’ that required calling for police backup.