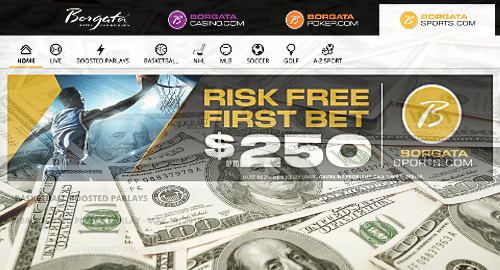 Figures released Tuesday by the New Jersey Division of Gaming Enforcement (DGE) show the state’s licensed betting operators generated revenue of $21.2m in April, a respectable showing but significantly less than the $31.9m the books earned in March or the $24m they earned last September.

Overall sports betting handle was an equally respectable $313.7m, with digital (online and mobile) wagering once again leading the way with just under $254m of that sum, while retail wagering managed slightly more than $59.7m. Digital wagering accounted for 81% of total handle, roughly equivalent to the percentages posted in every month this year.

April’s revenue leader was once again the FanDuel/Meadowlands pairing, which reported over $12.1m, well below the $17.6m the combo reported in March. However, the pair’s share of April’s revenue was a gaudy 57.3%, a significant hike over the more restrained 45% share in March.

Resorts Digital Gaming, whose wagering product is powered by FanDuel’s archrival DraftKings, was a distant second on April’s revenue chart with a nonetheless respectable $4.76m (down from $7.3m in March). Resorts Digital’s offering also includes The Stars Group’s BetStars brand, which is slated to be retired soon in favor of the new FOX Bet identity.

April’s third-place revenue trophy goes to the Monmouth Park racetrack and its technology partner William Hill, who reported $2.55m, roughly flat from March’s result. The next closest competitor was the Ocean Casino Resort (formerly Ocean Resort Casino), which reaped nearly $838k from its entirely land-based betting product, a precipitous plunge from the $2m the casino reported in March. Fifth place went to Bally’s with just over $351k.

For the year-to-date, New Jersey’s betting handle on ‘completed events’ sits just under $1.4b, while revenue on those finished contests came in just under $81.2m, representing a respectable hold of around 6.3%.

Tuesday was the first anniversary of legal wagering in the US of A (at least, outside Nevada), so what better day for New Jersey’s betting market to welcome yet another online betting presence via BorgataSports.com. The site is the second skin to operate under the Borgata’s wagering license, joining the playMGM NJ app. Both skins share a link with UK-listed GVC Holdings, which has an online joint venture with the Borgata’s owner MGM Resorts.