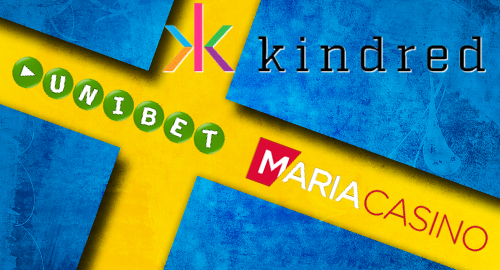 The Kindred Group’s online gambling brands were Sweden’s second-largest advertisers in 2018, according to new market research.

The stats, compiled by local social researchers Sifo, showed a significant rise in spending by Kindred brands, which ranked ninth in terms of overall spending in 2017. Kindred even surpassed Procter & Gamble, which was relegated to third place with a mere SEK678m marketing outlay.

Sifo has yet to release its official 2018 total for overall gambling sector marketing spending, but 2017’s stats showed total spending of SEK5.5b, a dramatic rise from 2016’s SEK3.8b. The ad deluge came despite Swedes holding a dim view of gambling advertising and an equally dim view of the gaming industry as a whole.

Late last week, Liberal politician Sara Svanström reported Ninja Casino’s latest marketing campaign on Stockholm’s public transport system to the Advertising Ombudsman (RO). Svanström wants the watchdog to determine if the company’s primary pitch – that you can withdraw your winnings faster than from other gambling sites – sends an “aggressive or misleading” message to consumers.

Global Gaming CEO Joacim Möller responded by saying that every company had the right to promote its unique selling point (USP). Möller said Ninja Casino’s identity has “always been about speed and agility” rather than flogging free spins and bonuses.

Möller got some support from Clear Channel, which controls outdoor advertising space. Clear Channel spokesperson David Klagsbrun noted that Sweden’s new regulatory scheme is somewhat vague on what constitutes inappropriate advertising and that only trial and error will determine what the Spelinspektionen regulatory body deems truly out of bounds.