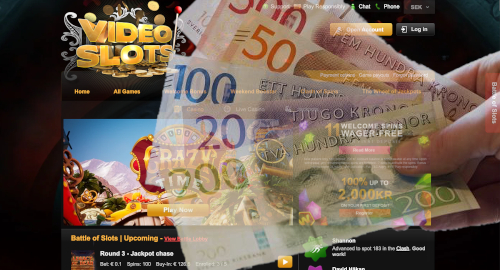 On Tuesday, the Spelinspektionen regulatory body announced that online casino licensee Videoslots Ltd had engaged in a scheme in which customers were okayed to reverse months-old withdrawals, which allowed these customers to deposit more than the SEK5k (US$603) weekly limit that has been in place since last July.

Spelinspektionen discovered Videoslots’ gambit during a check of how the operator was complying with the new limits, which were imposed as a means of ensuring locked-down Swedes didn’t gamble away the mortgage due to pandemic boredom.

While Videoslots appeared to be enforcing the deposit limit for first-time customers, existing customers were allowed to reverse withdrawals that had been processed as far back as two months ago. Reversing these withdrawals allowed customers to top up their accounts far beyond the mandatory weekly limit.

Videoslots’ defence amounted to noting that the company was challenging the new deposit limits in court, a stance that Spelinspektionen rejected as alleviating the operator from complying with the rules as they are.

Spelinspektionen gave Videoslots three weeks in which to amend its evil ways, after which the regulator will impose a weekly penalty of SEK250k until the company falls into line.

Videoslots isn’t the first operator to have been spanked for circumventing the rules. In December, Kindred Group and state-run AB Trav och Galopp (ATG) were chided for allowing online sports bettors to set personal deposit limits for wagering accounts above SEK5k, after which these punters are supposed to be limited to wagering only. But customers would lower their limits following a sizable deposit, after which their casino access was restored.

ADVERTISING SPENDING DROPS
New data from Kantar Sifo show five Swedish-licensed operators making the country’s top-30 advertisers in terms of spending last year, the same five that made the 2019 list, although four of them reported decreased expenditure in 2020.

Cherry AB, a division of the ComeOn Group, was 2020’s top gambling marketer with expenditure of SEK550m ($66.3m), although this was down nearly 40% from 2019. Cherry, which ranked second overall on 2019’s list, slipped to third this year. In addition to the pandemic’s impact on spending, the CherryCasino brand was withdrawn from Sweden last May.

Last year’s third-place finisher, Unibet’s parent company Kindred Group, decreased its spending by 56.4% from 2019 to just under SEK400m, dropping the company to eighth place on the overall spending chart.