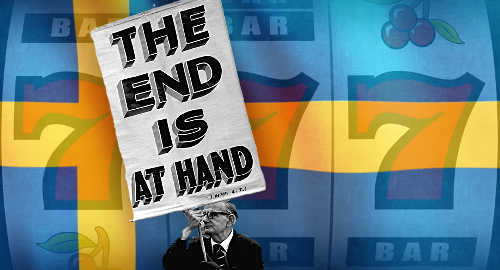 Sweden has approved harsh new online gambling restrictions, even as the country’s online licensees and the regulatory body that monitors them say there’s not enough time to implement the changes.

On Thursday, Sweden’s government gave its formal approval of plans to impose a SEK5k (US$537) weekly deposit limit for online casino customers, while online casino bonus offers will be capped at just SEK100 and customers must set limits on time spent gambling. The new rules take effect on July 2 and will extend through the end of 2020.

The announcement came just days after Sweden’s Spelinspektionen gambling regulator warned that operators would likely find it impossible to adjust their systems to incorporate the new rules by July 2.

Sweden’s online gambling licensees have rubbished the government’s plan, arguing that the severity of the restrictions will encourage gamblers to switch their action to internationally licensed online casinos that are beyond the government’s capacity to monitor, thereby defeating the alleged purpose of the limits.

Swedish-licensed operators have proposed a raft of alternative measures they believe would better achieve the government’s aims. The government may yet agree to adopt some of these restrictions, but only in addition to, not instead of, the new online casino limits.

Social Security Minister Ardalan Shekarabi told a local TV station that the government was obligated to protect consumers during the COVID-19 pandemic lockdown, because “the risks of problem gambling increase in such a situation, with social isolation and financial unrest.”

On that note, Sweden’s Public Health Authority has been tasked with conducting a study into problem gambling, the results of which must be turned in by February 28, 2021. Social Affairs Minister Lena Hallengren said the goal was to obtain “in-depth knowledge of how problem gambling is affected” by COVID-19, apparently in case a second wave of infections forces the government to impose further restrictions.

Meanwhile, Spelinspektionen announced Thursday that it had blackballed another 10 internationally licensed operators that continue to serve Swedish customers without local approval. The full list of international rogues can be read here, with the new additions listed below: