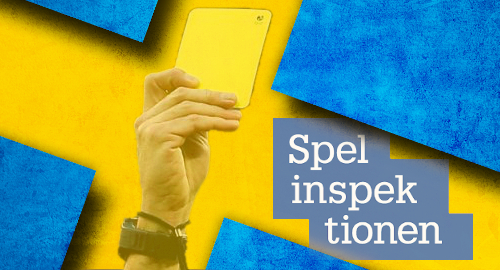 Sweden’s gambling regulator is not so gently reminding its online betting licensees to be on the lookout for match-fixing efforts as four local athletes face charges of monkeying with match results.

This week, Swedish prosecutors brought formal charges against four individuals – including a former member of Sweden’s national Under-21 football team and two former members of the national futsal team – who either offered or received cash payments to bring about certain results on the field of play to ensure bets paid off.

Prosecutor Staffan Edlund told SVT Sport that the unnamed U21 national received SEK300k after a 2019 Allsvenskan match in which he deliberately committed a foul to earn a yellow card. Another of the individuals is said to be a goalkeeper who presumably let in a few softies to ensure a particular result appeared on the scoreboard.

Edlund reportedly plans to present a significant volume of evidence to support the charges, including bank statements, money transfers, online betting account registrations and betting patterns. All of the accused have denied their guilt.

On Wednesday, Spelinspektinonen published answers to questions it received from betting operators regarding the specifics of the new rules. For instance, the ‘individual achievement’ ban for under-18s covers “all performance by an individual practitioner, e.g. goal shooting, scoring, winning a race, winning balls, games, sets, matches and tournaments, but also double errors, trampling, loss of points, missed penalties or the like.”

By the end of March 2021, Spelinspektionen plans to produce a specific form for operators to report suspected chicanery. Operators are technically only required to report dodgy activity involving Swedish sports, but “there is no obstacle” to a licensee also reporting suspected antics in non-Swedish sports.