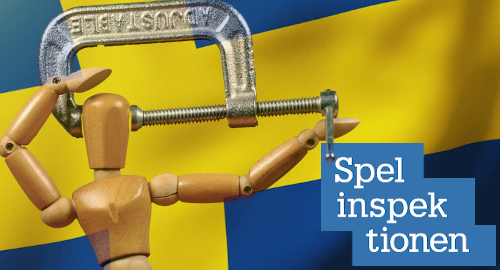 Sweden’s gambling regulator has further reduced the scope of its online betting licensees’ offering in what it claims is an effort to prevent match-fixing.

On Tuesday, the Spelinspektionen regulatory body announced that its board of directors had reached agreement the day before on new “regulations and general advice in order to counteract match-fixing.” The regulator claims the changes (viewable here, in Swedish) mean there will henceforth be “no reason to influence the outcome” of Swedish-based sport.

The changes include a prohibition on Swedish-licensed bookmakers taking bets on “violations of rules during matches, competitions and tournaments (for example, expulsions, penalties and yellow cards).” Operators will be required to file annual reports on “suspected manipulations of results in sports.”

The rules only apply to “sports that are practiced in Sweden,” so Spelinspektionen is apparently okay with its bookmakers providing opportunities to negatively influence international sports to their hearts’ content.

Bookies will also be restricted from taking wagers on the “individual achievements” of Swedish athletes under 18 years of age, while limiting football betting to “the four highest divisions in Sweden or abroad, matches in the Swedish Cup and training matches other than for the national teams (U21 and up).”

Spelinspektionen previously spanked a number of its betting licensees for what it perceived as taking action on under-18 activity. However, the regulator eventually walked back some of its punitive actions after a closer inspection of the alleged rule-breaking found no such shenanigans.

The amended regulations, which will take effect on January 1, 2021, were proposed earlier this year. The restrictions on betting on lower-tier football were proposed during the pandemic-related halt of major league activity, after which some beer-league ballers reported receiving threats from bettors who lost money betting on unfamiliar league play.

Spelinspektionen called lower-tier football “a high-risk sport” due to poor monitoring and the fact that players aren’t earning big-league salaries that might deter them from accepting cash to influence match outcomes.

Several Swedish-licensed operators, including Bettson and Kindred Group, expressed disappointment with Spelinspektionen’s latest intervention, noting that bookmakers are the most likely organizations to detect and report match-fixing attempts, and thus eliminating their involvement from lower-tier football is likely to increase undue influence, not reduce it.

Sweden’s increasingly restrictive online gambling rules have been under fire from operators ever since the market liberalized in January 2020 and the government has been accused of misrepresenting online gambling data to support new pandemic-related online casino deposit and bonus limits.