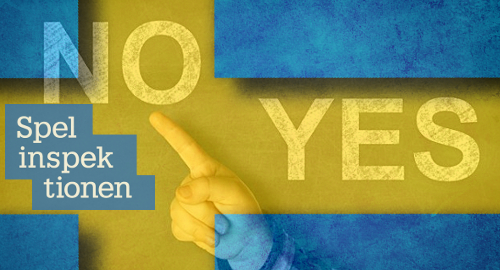 On Friday, Sweden’s Spelinspektionen regulatory body unveiled an update to anti-match-fixing plans issued in January that, among other things, would prohibit Swedish-licensed online betting operators from offering proposition wagers in which individual players could manipulate the outcome, such as penalty kicks, the issuing of yellow cards, etc.

The updated proposal would restrict all football wagers to the country’s top four levels, a step seemingly inspired by widespread media reports this month that players from Swedish amateur football squads had received threats from bettors who had nothing else on which to wager due to the COVID-19 suspensions of most major leagues.

The new restriction would also apply to lower-tier matches in other countries, while betting on friendly or training matches would similarly be off-limits, regardless of what tier those teams occupied.

Spelinspektionen further warned that it was considering applying similar curbs to all sports, not just football. The regulator has invited stakeholders – including gaming operators and football’s governing bodies – to consider the proposed curbs and submit their views by May 6.

The Branschföreningen för Onlinespel (BOS) online gambling industry group previously expressed the view that such curbs would only encourage local gamblers to seek out the wider variety of options available from internationally licensed gambling operators.

BOS members maintain that, if Spelinspektionen is sincere in its desire to limit match-fixing, the best way to identify and flag suspicious betting patterns is to ensure that bettors wager with Swedish-licensed sites.

Some Swedish-licensed operators were already of the opinion that Spelinspektionen’s rules were unnecessarily vague, leaving them unsure of when they were crossing the regulatory ‘red lines.’ Sweden’s market took another hit Thursday when the government announced tough new limits on deposits, losses and bonus offers.