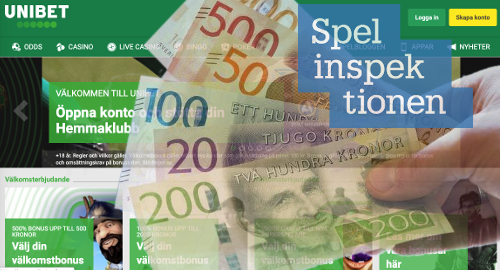 Online gambling operator Kindred Group has been hit with a record fine by Sweden’s gambling regulator for violating rules on bonus offers to customers.

The offending bonus offers were initially flagged by Spelinspektionen in March 2019, but the regulator’s followup checks in May and June uncovered additional bonus violations as well as evidence that Kindred’s gambling brands were offering lottery products not covered under the company’s Swedish license.

Spelinspektionen considers Kindred’s violations to be “serious” and strongly implied that it had considered revoking Kindred’s local license. However, Spelinspektionen said it “assumed” Kindred would refrain from future shenanigans of this sort, and thus a fine and a warning was “a sufficient intervention.”

Spelinspektionen justified the size of the Kindred fine by the number of violations it uncovered, the fact that they related to both bonus offers and unauthorized lotteries, as well as Spooniker’s “high turnover.” Sweden’s gambling laws allow Spelinspektionen to impose a maximum penalty equal to 10% of a licensee’s gambling turnover.

Kindred issued a statement on Wednesday saying Sweden’s new gambling regulations are “vague in areas related to commercial activities and thereby creating unnecessary ambiguity.” Kindred said it “initially made a different interpretation of what is considered a bonus” under Sweden’s rules, an interpretation that Spelinspektionen “has disputed.”

Kindred says it adopted “a more restrictive interpretation of the law” last spring, but the company plans to appeal its record Swedish penalty “to obtain judicial guidance on how the new legislation should be interpreted.”

Kindred’s shares on the Stockholm exchange are currently trading down around 3.5% to SEK23.90. The shares traded as high as SEK57.16 as recently as February 20, but have suffered along with most other gambling operators due to the impact of the COVID-19 pandemic.