Home / Sports / Choose your own adventure: is match-fixing going up or down? 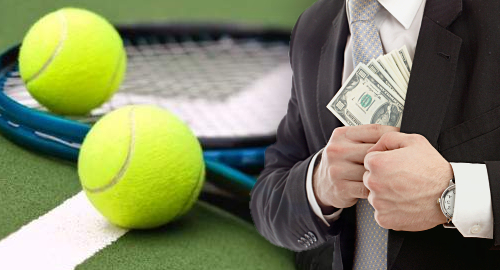 Suspicious sports betting patterns are either rising by one-half or falling by one-third, depending on which monitoring body you listen to.

This week, the Tennis Integrity Unit (TIU) issued a report on match alerts it received from its sportsbook partners in the first three months of 2020. The TIU, which represents the sport’s seven largest stakeholders, said it received 38 alerts in Q1, up from just 21 in the same period last year.

The TIU said the stats suggested that “corruptors” were responding to the pandemic-related cancellation of major events by targeting the sport’s lower rungs, as there were no match alerts for any Grand Slam, ATP Tour or WTA Tour events. Six alerts were recorded in the ATP Challenger feeder division, while all the rest came via ITF ‘apprentice’ level events.

The rise in sketchy tennis activity echoes the recent findings of the International Betting Integrity Association, which reported that tennis accounted for 31 of the 61 alerts flagged during the first quarter of 2020.

The TIU noted that alerts don’t automatically equate to match-fixing attempts and there are any number of innocent explanations for unusual betting patterns, including incorrect odds-setting, ‘well-informed betting,’ player fitness and playing conditions.

However, the latest report from the Global Lottery Monitoring System (GLMS), which monitors state-run sports lotteries for signs of match-fixing, reported sending 135 suspicious betting alerts to its members in Q1, a nearly 32% decline from the same period last year.

Moreover, when it came to individual sports, tennis ranked no higher than fourth with only 11 alerts, below basketball (17), hockey (19) and football (81). Europe led the geographic alert charge with 90, with runner-up Asia well back with 27.