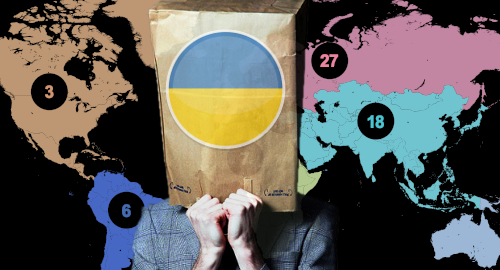 Suspicious sports bets were on the rise in the first quarter of 2020, while bookmakers have once again been tricked into taking wagers on matches allegedly played by impostors.

This week, the International Betting Integrity Association (IBIA) issued its latest report detailing 61 suspicious alerts reported in Q1 2020 across seven different sports and 22 countries. The number of alerts is 65% than the number reported in the same period last year and 36% higher than those reported in Q4 2019.

Tennis accounted for the bulk (31) of Q1’s alerts, about on par with Q4’s total, while football saw its reports double to 18. Russia led all countries with 8 reports of dodgy tennis bets and three ping pong alerts, representing a significant chunk of Europe’s 27 overall alerts.

The COVID-19 pandemic has led to the cancellation of most major sports and racing events, pushing both bookmakers and bettors into wagers on unfamiliar sports and leagues, including the Belarusian leagues that have defied the current trend to suspend operations.

Last week brought reports that this need to offer something – anything – on which to wager has resulted in what appears to be a major fraud. German media outlet Welt identified four lower-tier football matches in Ukraine on which betting markets were offered involving clubs – including FC Berdyansk and SC Tavriya – that have since denied taking part.

A number of high-profile bookmakers reportedly offered betting markets on these matches. Welt reported that some books took a large volume of wagers on the final score of the Berdyansk v. Tavriya match that ultimately matched the outcome. The supposed ‘friendly’ matches were reportedly promoted on a Facebook page that was only launched on March 21.

So-called ‘phantom’ matches are nothing new. Bookmakers and betting data providers have occasionally wiped egg off their faces after being taken for a ride by third-parties hired to report details of matches in far-flung corners of the sports world – including in Belarus.

However, in this case it appears that some kind of matches actually did take place, except the teams on the pitch weren’t who they were purporting themselves to be. The Ukrainian Association of Football suspended all play in mid-March and confirmed that none of its members were involved.

Data providers BetGenius reportedly had representatives at two of these matches who failed to report anything suspicious. BetGenius issued a statement acknowledging that the games “were not played in an official capacity and were conducted in a fraudulent manner, likely by a criminal group.”

Rival data provider Sportradar issued a statement over the weekend saying it had received “no reports” about any phantom matches and that the company had “strict internal processes and controls in place” to ensure these types of risks are minimized.