In a statement provided by both Branschföreningen för Onlinespel (BOS) and H2 Gambling Capital, they have asked Spelinspektionen, the Swedish gaming regulator, to drop a proposal that seeks to eliminate match fixing. The statement asks the regulator to rethink this proposal, explaining that the measure would most likely push consumers to use internationally licensed operators. 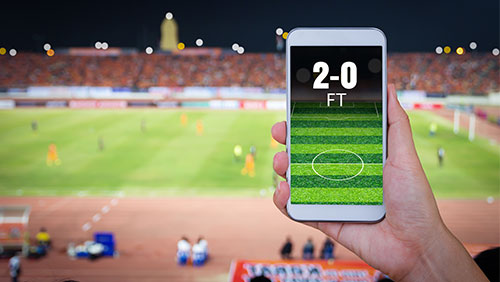 Spelinspektionen had asked both H2 and BOS to provide their opinion on the proposals that were put forward by the gaming regulator last month. The provision bans locally licensed operators from being able to offer odds on rule violations such as yellow cards in football or faults in tennis.

According to the regulator, they believe that these measures will help to stop the potential problem of match-fixing by removing any potential reward that players might receive from earning a yellow card or fault.

While the idea sounds good on paper, an analysis by H2 found that if Sweden were to adopt this measure, it would not only lead to a 7.5% decline in the amount of gross gambling revenue for locally licensed operators, but would most likely lead to a 30% revenue gain for international operators, which would mean a decrease in tax revenue for the state.

In H2’s report, they stated, “With the proposed product bans, we expect the unlicensed market will grow at a faster rate than the licensed market, leading to the continued erosion of the degree of channeling.”

H2 concluded that instead of providing greater integrity to the sport, “by prohibiting the betting products that consumers can bet on from licensed companies, the regulator will not prevent betting in these ‘vulnerable’ areas, but will instead shift activity to unlicensed companies.”

The BOS report added the additional point that if players moved to international operators, locally licensed operators would be unable to monitor player activity. This would remove the added safety of gambling organizations reporting suspicious activity to the regulator.

They pointed out that the ability to bet on these infractions is a small part of wagers on sports, adding that “there is no basis for prohibiting, for example, which players will receive yellow and red cards and which players will attract penalty kicks.”