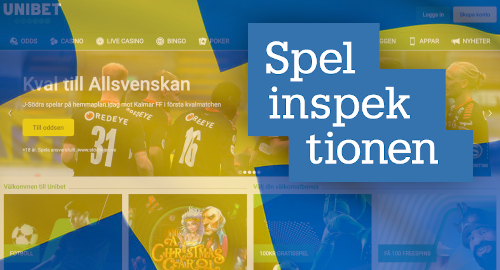 The regulator said the infractions had been going on for “weeks” after players figured out a workaround. Swedish online licensees require players to set personal deposit limits for sports betting and anyone who sets theirs above SEK5k is supposed to be restricted to betting on sports only.

But players figured out that they could set a personal limit above SEK5k, then lower their limit after depositing sums exceeding SEK5k. The operators’ systems would then allow these players to spend the cash gambling on online slots and table games.

In ATG’s case, the company claimed that fewer than 100 of its customers had violated the rules in this fashion. But Spelinspektionen viewed the fact that ATG had suspended some of these players for violating the rules only confirmed that the company knew its technology needed tweaking.

Spelinspektionen ordered both operators to immediately fix the problem and applied a SEK1m penalty against each operator for each week that they fail to comply with the injunction, effective three weeks from the end of the week in which both operators ‘take note of the decision,’ (which is dated December 4).

The regulator acknowledged that the new rules were sprung on operators without a great amount of time to prepare, which likely accounts for its willingness to defer the financial penalties unless the operators amend their evil ways.

It’s worth recalling that, before the new limits were imposed, even Spelinspektionen was unsure that operators could adjust their systems in time to meet the government’s new rules, while also questioning its own ability to police said limits.

On December 3, Sweden’s Ministry of Finance extended the ‘temporary’ limits through the end of June 2021. Operators cried foul, noting that the original limit was intended as a pandemic precaution and that the government’s own data has shown no major online casino surge during the halt of major sports play this spring and summer.