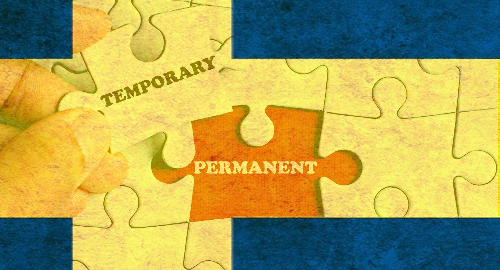 Sweden’s online casino operators could face deposit and bonus restrictions through the middle of next year as the government proposes extending ‘temporary’ COVID-19 consumer protection measures.

On Tuesday, Sweden’s Ministry of Finance proposed an “extended period of validity” for the temporary limits on online casino deposits and bonuses that took effect on July 2. The government wants to see the limits, which were originally scheduled to last only through the end of 2020, extended through June 30, 2021.

The limits cap weekly deposits at SEK5k (US$580) and bonus offers at just SEK100, while also requiring online casino customers to set limits on their playing time (which also apply to land-based gaming machines).

The limits have been credited with significant reductions in operator revenue, while some operators have claimed that the limits are pushing gamblers – particularly those with problem gambling tendencies – to internationally licensed operators not subject to the whims of Sweden’s government.

The Ministry of Finance will accept responses to its proposal until November 23, but the Branschföreningen för Onlinespel (BOS) online gambling trade group has already gone public with its belief that the extension is misguided policy and the government needs to withdraw it.

BOS CEO Gustaf Hoffstedt noted with thinly disguised rancor that there was “nothing as permanent as a political promise of something temporary.” Hoffstedt further noted that the government’s justification for the original limits was “an alleged increase” in online casino play during Sweden’s pandemic lockdown “that did not turn out to be the case.”

Hoffstedt acidly observed that horserace betting wasn’t subject to the restrictions which, combined with the pandemic halt to major league sports, led to a surge in wagering with the state-run ATG horserace betting operation. Hoffstedt said this reality was “known to all players” in Sweden’s gaming market beforehand, including the Spelinspektionen regulatory agency, yet the government chose not to impose any curbs on ATG’s offering.

Hoffstedt echoed the view that Sweden’s online casino curbs meant the government was throwing local gamblers to the international “wolves” not holding local licenses. Hoffstedt noted stats that showed the “leakage” from Sweden’s regulated market to internationally licensed online casinos was already low prior to the limits being imposed and what that outflow might be now “is a scary thought.”