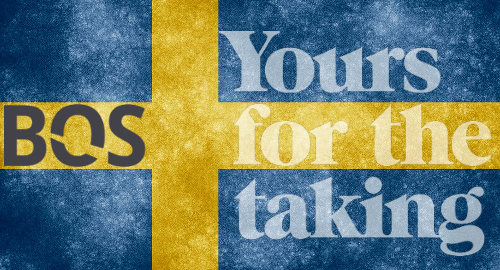 Sweden’s regulated online gambling market is losing ground to internationally licensed rivals due to its increasingly restrictive rules, according to a local industry group.

Hoffstedt added that since internationally licensed gambling sites aren’t subject to Sweden’s rules or its tax regime, they can offer “very competitive prices” and attractive bonuses. As such, Hoffstedt believes the government’s newly proposed limits will be “largely ineffective” in achieving their aims of protecting Swedish consumers.

Prior to the launch of Sweden’s regulated market in January 2019, the government aimed to ‘channel’ at least 90% of the country’s online gamblers to locally licensed sites. Shortly after the launch, the government claimed a 91% channeling rate but this rate fell to 85-87% by mid-year.

That figure apparently has yet to find bottom. BOS enlisted the help of consultants at Copenhagen Economics, who determined that the current rate of channeling stands at 81-85%. The analysts further concluded that while the channeling rate for products such as lotteries and horse betting remains high, the online casino rate is as low as 72-78%.

Hoffstedt says that last figure should worry the Swedish government, which earlier this month expressed alarm at reports of increased online casino activity among Swedish licensees. On Friday, Social Security minister Ardalan Shekarabi called online casino “one of the most risky forms of gambling” to justify his proposed new limits on deposits, losses and time playing online slots.

Hoffstedt said the mass exodus of online casino players to internationally licensed operators means the government “has so far failed in this balancing act” of “setting up a licensing system that attracts consumers while offering strong consumer protection.”

Hoffstedt noted that “hardly a day goes by” without the government “coming up with new orders aimed at the Swedish licensed gaming companies.” If this continues, international operators could “not only gain additional market share. They may take over the entire market.”