While having regulations in place can help any gambling market mature and protect consumers, micromanaging those regulations could prove to be counterproductive. That’s the message a Swedish online gambling trade association wants to impress on gambling regulators as the group warns that micromanagement could fuel more interest in black market online gambling participation. 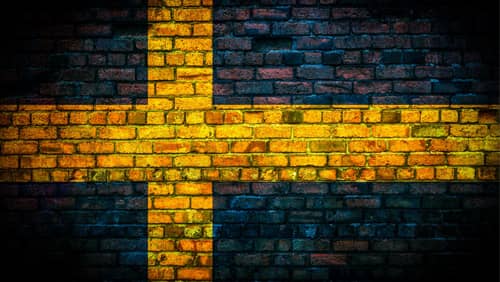 The Branschföreningen för Onlinespel (BOS) issued its words of caution in response to an update on the state of gambling in Sweden that was published by Spelinspektionen, the country’s gaming authority. Spelinspektionen reported that licensed gambling operators control between 85-87% of the market, with the rest being controlled by black and grey markets.

That figure, points out BOS, is for all gaming in the country – regulated and licensed online gambling sees a lower percentage of the market. Across all of the numbers, the figures are lower than what has been reported by Spelinspektionen and lower than the government’s preferred target of 90% to licensed operators. This is because the gaming authority is being too strict on gambling activity.

Spelinspektionen isn’t done yet, either, and this worries BOS even more. The regulator is reportedly set to introduce even tighter controls on gambling, which would include a complete ban on advertising and prohibition on certain types of wagers, such as those where the outcome of the wager could be influenced by a single player. These would include many prop bets that are generated from things like corner kicks and penalty cards in soccer.

According to Gustaf Hoffstedt, the BOS general secretary, “No one that has been paying attention to the political outburst and the astronomical fines on licensed gambling companies can be surprised over this development. My assessment is that the reduction is part of a trend. Unless the Government takes forceful action to protect its own regulation, the channelisation is likely to decrease further.”

The continued crackdown, were it to come, would force gamblers to look for offshore alternatives as licensed operators adhere to the new regulations. Those black and grey market operators, obviously, would not be obligated to play by the rules and gamblers are going to gamble, no matter where they have to go to do it.

Hoffstedt adds, “To discuss marketing restrictions for licensed online casino operators in these circumstances, as well as prohibiting certain popular gambling objects shows that the government does not understand the gravity of the situation. Such restrictions would virtually mean giving away the Swedish gambling market to unlicensed operators. The government is currently acting as the best friend of the black and grey market and this needs to end.”

Seemingly substantiating the prediction that legal gaming revenue would fall, the official revenue figures for the most recent quarter, which ended September 30, is down. The figures were released by Spelinspektionen this week and online gambling, which includes shipboard online gaming in international traffic, was $362 million, slightly higher than the $360.52 million from the previous quarter. Overall revenue, however, dropped to $611.24 million from $632.99 million.