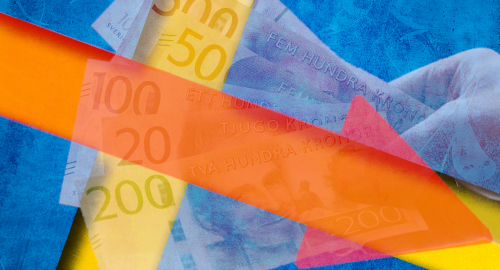 Some of Sweden’s online gambling licensees have seen their revenue fall nearly one-third since the government imposed tough new limits on online casino deposits and bonuses.

July 2 marked the formal implementation of Sweden’s new SEK5k (US$537) weekly deposit limit for online casino players, and the SEK100 cap on online casino bonus offers. The new rules were intended to limit the potential for gambling-related harm by Swedes stuck at home during the COVID-19 pandemic, despite the actual data failing to support the need for such drastic measures.

Among the companies reporting significant drops are the Comeon Group, which saw its Swedish sales fall from SEK118m in June to just SEK83m in August, a drop of 29.6% (although that decline was aided by the company’s decision to shut two of its major brands to Swedish customers in May).

Gustaff Hoffstedt, CEO of Branschföreningen för Onlinespel (BOS), Sweden’s online gambling industry group, noted that casino-reliant operators were “under pressure,” as many Swedish players were avoiding the new restrictions by transferring their loyalties to internationally licensed online casinos not subject to the new limits.

The state-controlled Ab Trav Och Galopp (ATG) is under no such pressure, as Swedish horseracing wasn’t halted like most other sports due to the pandemic, nor were ATG’s race betting operations subject to any new spending restrictions. ATG’s August sales totaled SEK522m, up 22.2% from June and 20.2% higher than August 2019.

ATG CEO Hans Lord Skarplöth could barely contain his glee, as the pandemic influx of first-time customers appears to have convinced some bettors to stick around despite the resumption of major sports. Skarplöth said a recent meeting resulted in sales of “well over” SEK100m, one-quarter higher than the same event last year.

Skarplöth’s enthusiasm notwithstanding, the Länsförsäkringar insurance giant’s mutual funds operation has decided to purge all gambling operators from its portfolios. Länsförsäkringar Fondförvaltning originally shed 20 gaming companies in Q1 and added another 28 – predominantly those offering online casino and poker – this summer.

Swedish media quoted Länsförsäkringar Fondförvaltning sustainability manager Sofia Aulin claiming that the purge was the result of a money laundering risk assessment produced by Sweden’s Spelinspektionen gambling regulator earlier this year. The report claimed that online casinos were prime sources for money laundering and thus “getting rid of these types of investments in the funds we offer is a step forward in our work with responsible investments.”