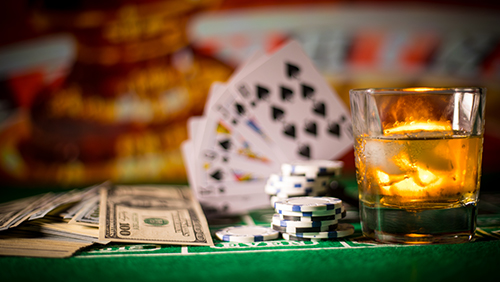 A large Norwegian pension fund is taking a baffling stand. Kommunal Landspensjonskasse (KLP) has announced it will no longer invest in companies that profit from either gambling or alcohol.

KLP’s chief executive, Sverre Thornes, noted that while alcohol and gambling can be positive influences in people’s lives, but the decision was made to help influence a better society. He said:

“This is not just about what gives the highest return, but also about our investments contributing to a positive and sustainable social development. Now we have, after good conversations with our customers and owners, decided to withdraw from alcohol and gambling.”

The statement goes on to list several sad facts about alcoholism that helped form their decision, but does not give any gambling problem related statistics. In either case, it’s unclear how KLP’s lack of investment would somehow help those who enjoy these products in excess.

The message is clear though, KLP doesn’t want to be seen profiting from activities that some believe are potentially damaging. In a twisted way though, KLP, by withdrawing their support from responsible companies in the two industries, could be seen as helping to promote irresponsible alcoholism and gambling.

Stick with me here. If all institutional investors were to follow the same logic as KLP, breweries and operators would lose their legitimate sources of investment and collapse. We already know that prohibition in either industry is proven not to work, and countries that ban gambling still have to contend with black market gambling dens. Customers seeking those activities then lack the protections of a well regulated market.

It’s totally up to KLP how they chose to invest their money, and that’s fine; however, choosing to spontaneously make prudish choices, in the name of “the greater good,” is hard to take seriously.