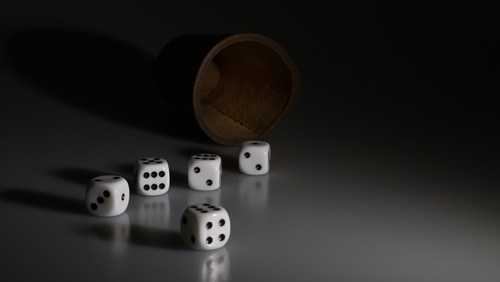 Turkey is starting to get wise to how gambling rings are operating in the country, and they’re bringing down the hammer on them. Police recently arrested 113 suspects for running illegal gambling dens, reports Casino.Buzz.

The arrests came as part of a bigger crackdown on illegal activity, with 709 suspects arrested for other crimes as well. An estimated 28,000 police officers raided over 20,000 locations, many of them coffee houses where gambling operations tended to gravitate to.

The legal system of Turkey made cracking down on these suspects extra difficult. The dens would form associations that appeared to be legal on the surface, and change the name of the association anytime officials caught on to what they were doing. While some had been caught previously, they could pay for their freedom with a small fine.

77 gambling dens in total were shut down, with 325 venues fined for allowing gambling on their property. Another 1,646 were fined for being associated with the activity.

For anyone caught in the operation, they could hardly claim ignorance that they were breaking the law. In January, 394 were issued arrest warrants for the same crime.

While it seems Turkish citizens are getting plenty of options to satisfy their gambling urges, the activity remains illegal. Some of their favorite “operators” are now behind bars, but legal options might be on the way.

In January, news came out that Turkey is looking into legalized, centralized sports gambling. At the time, the country was open to business proposals, and was specifically looking for operators that would share a significant cut of the revenue with the government’s coffers.

There’s no telling when any such operation might get started. With the UEFA Euro 2020 only about a year away, Turkey is very likely to see a repeat of their 2018 World Cup gambling activity if they can’t get a legal option in place. That event saw 80 people arrested and 36 coffee houses shut down.

The bottom line is that Turkey is going to have gambling one way or another, it’s just a question of what the government wants to do about it.