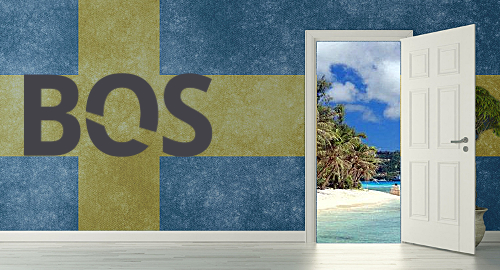 Sweden’s online gambling licensees are warning that they could ‘leave’ the regulated market if the government continues to impose ever more restrictive limits on their operations.

The letter – which was signed by the CEOs of Betsson, Kindred Group, LeoVegas, NetEnt and William Hill – starts by noting that the whole purpose of liberalizing Sweden’s online gambling market was to ‘channel’ local gamblers to local sites so their activity could be monitored for signs of problem gambling (and earn the government a tidy pile of cash, but we digress).

The government initially claimed a 91% channeling rate – above the stated 90% target – shortly after the market’s launch but this slipped to 85-87% by autumn. A BOS-commissioned report released this week claimed that the current overall rate stands between 81% and 85%, with an online casino rate as low as 72%.

The BOS letter informs Shekarabi that the “package” that operators bought when they received their Swedish licenses has been damaged by all the regulatory changes that followed the market’s launch. This has “completely changed [the sites’] character,” rendering them unable to compete with internationally licensed rivals.

The final straw came last week when Shekarabi proposed new weekly limits on deposits and losses. The BOS claims Shekarabi is claiming to act “in the name of consumer protection” but will only end up creating a “wild west 2.0,” aka a reversion to the pre-liberalization reality.

SHEKARABI TO GAMBLING OPS: HOLD MY BEER
On Wednesday, Shekarabi was quoted in local media saying his weekly limit proposals were “not carved in stone.” However, this turned out to mean that he wants to make them even more strict, for example, making the weekly SEK5k (US$500) deposit limit with any one company “apply to all gaming companies.”

By that, Shekarabi meant setting up a system like the Spelpaus self-exclusion website, through which a gambler can bar him or herself from accessing all Swedish gambling sites through a one-time action. Shekarabi said the government “is looking at a similar solution for the deposit limit.”

Will the last Swedish-licensed gambling operator remember to turn off the lights when they leave? Thanks.