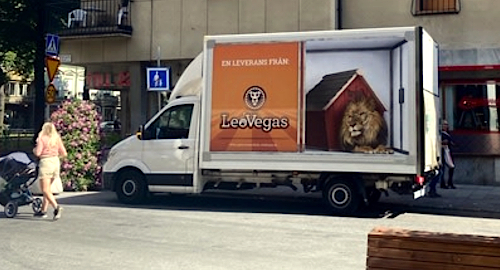 Figures released Friday by Sweden’s Spelinspektionen regulatory body show locally licensed online gambling operators generated revenue of just over SEK3.6b (US$411.5m) in the three months ending June 30, up 3.6% from the same period last year but a 1.2% decline from Q1 2020’s figure (which was itself down 1.5% year-on-year).

Sweden’s online casino licensees were blindsided this spring as the government announced tough limits on customer deposits and spending. The government claimed it was acting to protect consumers from excessive gambling while under pandemic lockdown but data showed Swedes hadn’t significantly ramped up their gambling activity.

The state-run Svenska Spel’s lottery and slots hall revenue fell 8.5% year-on-yar to SEK1.3b in Q2 while the company’s Casino Cosmopol land-based casinos were shut for the entire period. All other verticals were also negative, except for charitable lotteries, which rose 2.7% to SEK950m.

Meanwhile, online licensee LeoVegas, which hasn’t been shy about publicly criticizing Spelinspektionen’s regulatory regime, is also testing the government’s notoriously low tolerance for gambling advertising. The company recently launched a public ad campaign in which 10 large furniture trucks roam the streets of Stockholm with ‘A delivery from LeoVegas’ emblazoned on the side.

The campaign, which is set to last six months, will allow Swedish adults the opportunity to win a Rolex watch if they spot one of the trucks, take a photo of it and share the photo on social media with the appropriate hashtag.

LeoVegas appears undeterred by the regulatory retaliation suffered by former Swedish online licensee Global Gaming’s Ninja Casino brand, which ran billboards in Stockholm exhorting customers to “Play Now!” The LeoVegas tagline doesn’t contain any such exhortations to gamble, which may ultimately save it from the watchdogs’ wrath.