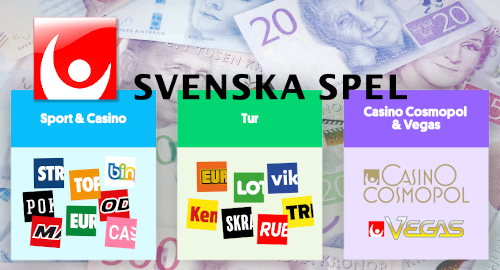 Sweden’s state-run gambling operator Svenska Spel reported a downturn in the third quarter as its land-based operations were laid low by pandemic shutdowns.

On Friday, Svenska Spel reported revenue of SEK1.85b (US$210.8m) in the three months ending September 30, down 8% from the same period last year. Operating profit fell harder, down 17% to SEK531m while profits slid 64% to SEK441m, although the bulk of this profit plunge was due to deferred tax income in 2019.

The company blamed the revenue downturn on the closure this spring of its land-based Casino Cosmopol operations due to COVID-19. The Casino Cosmopol venue in Sundsvall – the company’s original casino – was permanently shuttered in August as COVID-19 proved the tipping point following a decade of pre-pandemic losses.

The Vegas brand’s slots operations suffered from the closure of over 100 host venues (restaurants, bingo halls, etc.). All told, the Cosmopol & Vegas unit’s revenue was down 59% year-on-year to SEK177m.

Absent those land-based operations, Svenska Spel’s revenue would have posted positive year-on-year growth, thanks in part to its mainstay Tur lottery unit, which saw sales rise 5% to SEK1.18b. The quarter saw the launch of a digital version of its popular Triss scratchcard product and the company expects digital Triss cards will prove a popular gift item this Christmas.

The Sport & Casino unit, which contains Svenska Spel’s online gambling operations, reported revenue up 7% to SEK490m (largely due to the resumption of sports betting). This unit launched a new horserace betting offering, Svenska Spel Trav & Galopp, in collaboration with French racing giant PMU but the launch came too late to have much of an impact on Q3’s figures.

In July, Sweden introduced new online casino deposit and spending limits over the strident objections of operators who claimed the government’s own data didn’t support the restrictions. Svenska Spel said Friday that these new limits will trim its Sport & Casino revenue by around SEK26m in Q4.

Svenska Spel CEO Patrik Hofbauer said digital’s ability to shore up the flagging retail ops “shows strength and stability” and bodes well for the company as we head into what could prove an even sketchier pandemic winter.

ATG’s new online casino product wasn’t immune to the country’s new pandemic limitations, falling 6% to SEK78m. But ATG nonetheless reported earnings up 37.6% to SEK618m and profits up 30.5% to SEK572m.