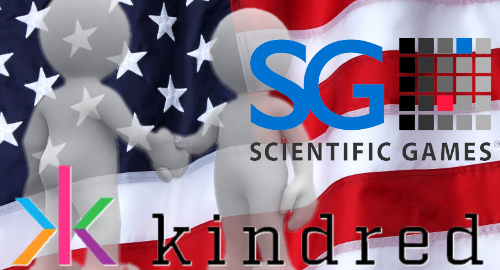 On Friday, Kindred announced that it had chosen Sci-Games’ SG Digital (SGD) division to be its technology partner for its US-facing operations. Kindred will use both SGD’s Open Platform System (OPS) player account management platform and Open Gaming System (OGS) game aggregation technology.

Earlier this month, Kindred announced its first US deal with Hard Rock International’s new Atlantic City casino. As luck would have it, SGD announced in July that it would provide Hard Rock Atlantic City with its OGS. The three-year Kindred-SGD pact is currently limited to New Jersey, but the parties will collaborate in other states depending on Kindred’s opportunities to expand geographically.

Kindred has its own technology platform that is successfully operating around the globe, from the UK to Australia, but Manuel Stan, Kindred US’s senior VP, said the SGD technology would give Kindred “swift access to the market” while offering Kindred’s US customers “a truly great gambling experience on a top technology platform.”

SGD’s senior VP Dylan Slaney was happy to logroll back, saying the pact “signifies a bright future” for the two companies and the growing US market “will benefit greatly” from SGD’s proven technology.

It remains to be seen who will provide the backbone for Kindred’s US-facing online sports betting offering, as Kindred’s current betting platform is provided by the Kambi Group, which was spun off from Kindred into a standalone entity in 2014 and is already active in the New Jersey market.

Honestly, sorting out the tangled relationships and quickie marriages that have played out since the US Supreme Court overturned the federal betting prohibtion in May, it’s enough to make a poor gambling scribe wish that the justices had taken a different tack.