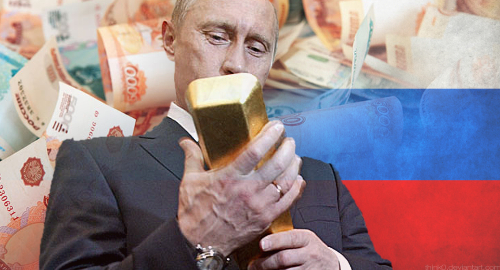 On February 10, Russia’s Duma adopted Bill 1102471-6, which amends the Russian Federation Code of Administrative Offences. The amendments hike fines for ISPs who fail to block domains that have been flagged by the country’s telecommunications watchdog Roskomnadzor. On Wednesday, Putin signed the bill into law.

While the new fines are generally twice the size of the original penalties, they remain relatively miniscule. Individual ISP officials face fines of RUB 5k (US $86), while companies can be dinged for up to RUB 100k ($1,722).

Which means, while the individual fines for failing to toe Roskomnadzor’s line may be small, keep in mind that $86 x 1,400 = $120,400, which, according to Russia’s Ministry of Development, would take the average Russian worker about 17 years to earn. And that’s just one week’s worth of potential penalties.

If you’re wondering what prompted the push to hike ISP fines, consider that while Roskomnadzor has been quick to ban, many ISPs have been slow to act. A recent study by Russian media outlet RBC.ru revealed that 65% of the domains put on Roskomnadzor’s naughty list in the past four years remain accessible by Russia’s netizens.

Russia has been aggressively tightening its grip on its online gambling market in recent years, issuing a handful of online sports betting licenses to domestic operators while explicitly prohibiting online casino, poker and other gambling products. Last week, the Ministry of Finance introduced legislation that would prohibit Russian financial institutions from processing transactions on behalf of unauthorized online operators.