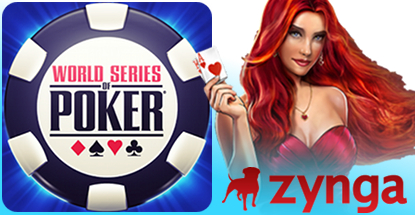 Market analysts SuperData Research have just released a new Social Casino Metrics report, which predicts social poker will generate an estimated $179m in revenue in 2015. That’s down from $204m in 2014 and SuperData believes the number will fall to $156m by 2017.

Zynga Poker accounted for 61% of 2014’s total, but the app’s users and spending have fluctuated wildly. Zynga Poker lost 44% of its player base last year, while revenue has fallen less dramatically due to the remaining players being more hardcore than casual.

SuperData believes casual social poker players are increasingly switching to all-in-one social casino apps that include a poker component, like IGT’s popular DoubleDown Casino. Zynga has a number of successful slots titles, including Hit It Rich! and the new Wizard of Oz Slots, but the report suggests an all-in-one Zynga casino product would help retain casual poker players while leaving Zynga Poker to the more hardcore players.

SuperData says the majority of social poker revenue will be derived from mobile apps by 2018. While Zynga has taken steps to beef up its mobile emphasis, SuperData believes Caesars interactive Entertainment’s World Series of Poker app – which doubled its audience in 2014 – will overtake Zynga Poker on mobile this year.

In other Zynga news, daily fantasy sports operator FanDuel has offered a lifeline to Zynga staffers in Orlando who were let go earlier this month when their bosses decided to scrap the nascent Zynga Sports 365 franchise. On Friday, tech blog Re/code reported that FanDuel had hired 38 of the 42 Orlando staff that fell victim to Zynga’s latest payroll purge.

FanDuel spokesperson Justine Sacco confirmed the report to VentureBeat, saying FanDuel would open its first office in Orlando and had created a new department headed by former Zynga VP Mike Taramykin. Sacco said Zynga’s woes had provided FanDuel with “an awesome opportunity to scoop up an incredible talent pool that complements our existing product.” Sacco declined to offer specifics on what type of new product FanDuel might offer as a result of its new talent pool.