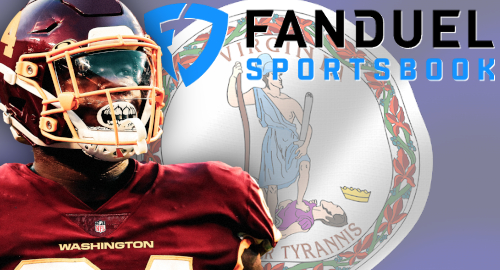 Virginia’s legal sports betting market is off to a sputtering start following confusion over why FanDuel is the only brand to have received permission to launch.

On Thursday afternoon, Flutter Entertainment’s FanDuel brand officially began taking online wagers from Virginia bettors. Flutter subsidiary Betfair Interactive US received its betting permit on Wednesday from the Virginia Lottery, which oversees gambling activity in the state. Virginia is now the 17th US state (18 if you count the District of Columbia) to launch some form of legal wagering.

The launch followed a day of confusion in which FanDuel’s Twitter feed excitedly announced the brand would be “LIVE in VA in less than 24 hrs,” only to revise that proclamation minutes later to a launch coming “soon” followed by abject silence. Neither the company nor the Lottery has since shed much light on this apparent messaging cockup.

Last November, the Virginia Lottery said it had received 25 applications for a maximum 12 mobile sports betting licenses, but FanDuel is the only brand so far to have received its launch signal. Most states aim for a simultaneous launch of all or at least a majority of successful applicants to ensure no operator gets an unfair first-mover advantage.

Sod that, said the Lottery, which explained that FanDuel’s partnership with the NFL’s Washington Football Team (formerly the Redskins) qualified the brand for the “substantial and preferred consideration” that Virginia’s betting law provides for any “major league sports franchise” that anted up over $200m in state taxes last year and wants to get into the betting biz.

That favoritism aside, Lottery spokesperson John Hagerty told the Washington Post that he was confident the state’s bettors would have more than one locally approved wagering option before the Super Bowl kicks off on February 7.

Virginia’s launch will be followed on Friday (22) by the launch of both online sports betting and casino products in Michigan. State regulators approved nine operators earlier this week and added a tenth on Wednesday: PointsBet and the Northern Waters Casino Resort operated by the Lac Vieux Desert Band of Lake Superior Chippewa Indians.