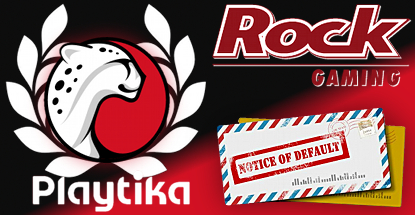 Nevada gaming regulators have tentatively approved Caesars Entertainment’s transfer of a good chunk of its online gambling division to a joint venture partner. On Wednesday, the Nevada Gaming Control Board gave a provisional thumbs-up to Caesars transferring an 11% stake in Caesars Interactive Entertainment (CIE) to Rock Gaming, with whom Caesars has partnered on a number of brick-and-mortar casino projects, including the new Horseshoe Casino Baltimore. Rock Gaming founder Dan Gilbert was approved to act as an investor about a year ago and Illinois regulators signed off on the plan in July.

The CIE stake transfer was part of a controversial transaction Caesars set in motion early last year. As Caesars played asset whack-a-mole, some holders of the company’s industry-high $24b in debt accused management of stripping the parent company of anything of value while leaving creditors holding a hollow, largely worthless shell. Caesars is currently juggling multiple lawsuits from aggrieved note-holders who believe the asset transfers are fraudulent and thus Caesars is in default and must be forthwith transferred to the nearest vivisectionist’s office.

Caesars was hit with a fresh notice of default on Monday by Wilmington Savings Fund Society, which represents holders of $3.7b worth of Caesars’ parent company’s second-lien notes. In a filing with the US Securities Exchange Commission, Caesars said the problem was its pledge of certain assets to senior creditors and its failure to grant the Wilmington Group a similar claim. Caesars has 60 days in which to respond to the default notice.

Playstudios, the power behind MGM Resorts’ successful myVegas app, scored 2% of the pie, as did High 5 Games, DoubleU Games and Aristocrat’s Product Madness. The remaining 31% was carved up by a host of lesser lights.