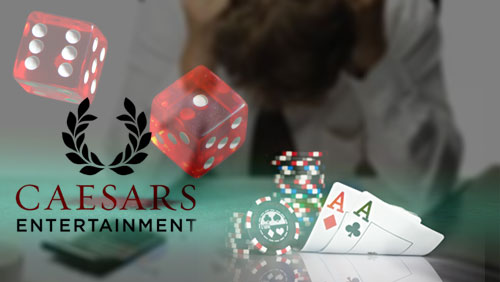 Imagine you loaned somebody a billion dollars. Now imagine that that somebody moves his assets around in a way that the assets you thought would make him money – the reason why you loaned him money in the first place – are no longer his under the terms of the loan. You sense danger and want to get your money back quick, so you sue him for defrauding you, and you win back your $1B principle.

Except the money you win actually goes to another guy who was owed $5B instead of you, who were only owed a paltry $1B. The $5B creditor thanks you for filing the lawsuit and winning, gives you a nice stick of chewing gum, and skis back to his yacht.

Feel like punching someone? The court system? The guy who defrauded you? The $5B yacht man? All three? How about your brand new stick of gum?

This is what happens when you’re in 24x the amount of debt than you’re actually worth, but can’t print money like the Federal Government and steal the value of everyone else’s currency  in order to satisfy your creditors. And it’s what’s happening to Caesars right now. With Caesars’ bond yields reaching as high as 65%, whoever decided it was a good idea to lend Caesars money at any point past the 20x debt to market cap point almost deserves to lose their money. (I did caution that there was still some hope for Caesars back in March, but even then I would not have invested in Caesars corporate bonds. I threw in the towel on Caesars in August.) It’s almost as bad as buying Argentinian bonds, except that Argentina has defaulted before and Caesars hasn’t.

It is worse, however, than loaning money to something like Greece, because Greece can be bailed out by the European Central Bank with the push of a button and likely will again until the Euro hyperinflates, and that isn’t happening any time soon. But no government entity or quasi government central bank is going to bail out Caesars.  A casino chain is not a Too Big To Fail megabank. Government bailing out a casino is totally politically untenable and an absurd idea.

Before I get into what is happening here, let me come out and say that shorting Caesars now is a good idea. When bankruptcy comes, the stock price will crash fast and it will not recover. And it’s coming. I recommend a combination of near the money and way out of the money 2016 puts, 2017’s when they become available if the stock is still at or near current prices by then. Near the money will cost more but protect you in the event that a successful Caesars restructuring will only damage but not destroy the stock. Way out of the money puts will cost almost nothing and have leverage up the wazoo (2016 $2.50 puts are only $0.36 a contract as of today, 9/30/14) and will only work out if the company cannot restructure successfully following an inevitable bankruptcy. A responsible combination leaning more heavily towards near the money strikes and a small sum for a $2.50 put jackpot chance is the way to go here.

In case you think that CZR going down to $2.50 by 2016 or 2017 is impossible, here are two charts you may have seen before, both of which received government bailouts. Caesars will not.

It can happen, it has happened, and it’s worth a little capital in case it does happen with Caesars.

In any case, what’s going on is this. On September 26th, Caesars filed an 8K that said, basically, that any proceeds from any lawsuits won by anybody against it would be given to its senior creditors first. Lawsuits have been filed because Caesars reshuffled some of its better performing assets in order to protect them against bankruptcy, taking their value out of the hands of creditors who are now justifiably pissed. Caesars adds quite humorously that by preemptively saying where lawsuit proceeds will go, Caesars does not in any way mean to imply that any of these lawsuits have any merit.

Yeah OK. I have to include the legal technobabble here because it sounds like a 17-year old talking in legalese. When reading this, picture it coming out of the mouth of a teenage girl being accused of cheating by her boyfriend and in her defense saying something like “I’m not saying I’m cheating on you but Jordan and I are going to be in a room alone together for a long time today and don’t call me until tomorrow.”

The granting of the security interests and related liens is not an acknowledgement or admission by any Pledgor or any other person or entity that any of the alleged Commercial Tort Claims does in fact have any merit or value, or that any Pledgor has any right, title or interest therein or standing to bring any or all of the alleged claims.

This means that whoever sues the company and wins is irrelevant, and that the proceeds automatically go to the first tier creditors. While this is a rather unsavory move to say the least, all things are unsavory when a company goes bankrupt. Yes this is legal, as evidenced by the fact that the 8K made it through the SEC, and that this is the way corporate bonds work. First tier creditors receive the lowest interest rate because their principle loan is highest and the risk to their principle is the lowest. The risk to their principle is the lowest precisely because they are guaranteed payment before anyone else in the event of a restructuring or bankruptcy. In exchange for that assurance they must accept a lower interest rate.

The other side of the coin is that lower tier creditors receive higher interest payments while a company is solvent (up to 65% in the case of Caesars) as a compensation for the real risk that their principle not be repaid in the event of a restructuring or bankruptcy. In one sentence, bond yields move inversely to price. That is economic law as hard and solid as supply and demand. It cannot be any other way without destroying the loan market.

While we can feel sorry for Caesars’ junior creditors, we have to remember that they freely chose to buy Caesars’ high interest rate bonds, and they have been, up to now, compensated for that risk with those high interest rates. High interest rates mean a higher probability of default, and if and when default happens, those creditors are responsible for their loss.

It’s never fun when a company goes bankrupt. Somebody loses money, and it’s got to go in the order of seniority, or else the bond market doesn’t make any sense. Well, it is fun for those who sell short with the right timing. What that exact timing is nobody knows, but it’s going to happen. The tipping point has already passed. The only question besides when is what can Caesars salvage once the process is over?