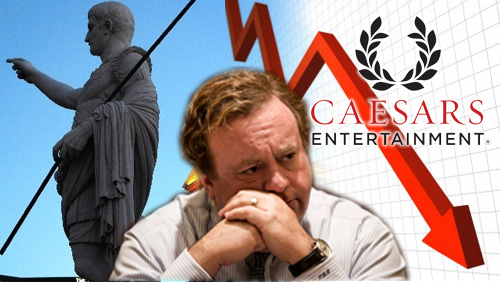 If we were to play a game of word association, I name a company and you tell me the first word that comes to mind, “Caesars’ Entertainment” and “debt” would probably win out over “peas” and “carrots”. Everyone knows the company is severely in debt to the tune of $21B, giving it a debt to equity ratio of 6.5 to 1. But beating up on Caesars’ for being too deep in debt is an easy game, and when everyone is making the same case, there’s usually something being overlooked. 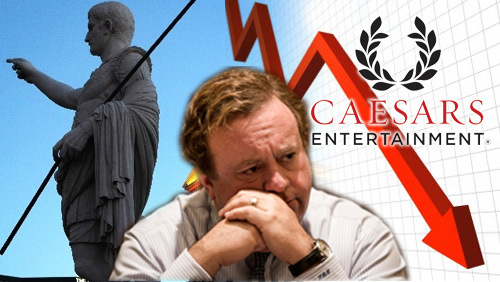 Fourth quarter earnings came in last week and they weren’t pretty either at first glance. With loss per share of $12.83, this is more than 3x worse than its loss of $3.84 in Q4 2012. This has only added fuel to the bearish fire, along with recent asset sales to its subsidiaries with people asking questions about what the company is trying to achieve. It’s hard to find a positive voice out there except for CEO Gary Loveman himself. Such a unanimous chorus, however, must be met with caution.

Two weeks ago I wrote about the impending interest rate spike with the the possible epicenter in China, pointing out the importance of digging a little deeper when it comes to looking at debt loads. I used two counterexamples, Las Vegas Sands and Wynn, both with a large Macau presence. LVS has a current debt load of $9.4B giving it a debt to equity ratio of 13%, WYNN $6.6B at 27%. However, despite LVS having a more manageable debt burden at present, it turns out Sheldon Adelson has not protected his company against rising interest rates. Almost all of Las Vegas Sands’s debt is floating rate. Steve Wynn’s is almost entirely fixed rate, with only 4% of it floating. The point is if and when interest rates do start to rise, and they will significantly and for many years, the tables will be turned and Wynn will be in much better shape.

If we apply the same logic to Caesars’, we get a rather interesting story, much more interesting, in fact, than simply a huge unserviceable $21B debt pile. Actually, of that $21B, only $4.4B of it is subject to variable interest rates. The rest is protected with swap agreements and caps. In absolute terms then, Caesars has less than half the amount of unprotected debt subject to floating rates than Las Vegas Sands.

For sure, this is not enough. $4.4B subject to floating rates still represents more than Caesars’ entire market cap and even that is way too much. In the meantime, the rest of Caesars’ fixed rate debt is still eating away at the company’s earnings, $563M last quarter alone. Caesars’strategy, if it is going to recover, should be to get the rest of that $4.4B protected immediately, as I do not believe there is much time left before a big bond crunch.

Why? Crimea. What does that little peninsula most people can’t even locate on a map have to do with Caesars’? With Crimea voting overwhelmingly yesterday to secede from Ukraine and join Russia, all of the Western powers who supposedly stand for democracy (unless they don’t like the result of it, as in this case) have threatened sanctions. It is generally not a good idea to threaten your creditors because they might stop loaning you money, and Russia has already transferred $100B in US treasuries out of the country, about 80% of its holdings. They haven’t sold them yet, but they have moved them out of the Federal Reserve in the event that sanctions cut off their access to them, which may very well end up happening.

If Obama is crazy enough to impose sanctions on Russia, Russia may retaliate with a bond dump, and evidence suggests he’s getting ready to do it, which isn’t exactly good for a country $17 trillion in debt that depends on low interest rates to stay solvent.

But back to earnings. A quick look at Caesars’ earnings can also be a bit misleading. As I said earlier, a loss of $12.83 a share, about $1.9B is not very encouraging. However, a closer inspection reveals that almost $2B of that loss is from goodwill impairment, meaning estimated paper losses. Excluding impairment, Caesars’ was actually profitable in Q4. The same is the case for last quarter and its $1B impairment.

Bottom line, there is a lot to complain about when it comes to Caesars’, but it’s too easy and cliche to simply say that its debt is too large and it’s losing money. It may seem that way now, but the most important thing to watch is its remaining floating rate debt. If that number starts to shrink (and it will have to do so quickly before Putin starts a snowball), then we’ll know that the CFO knows and recognizes the real challenges ahead and the company may be able to execute an underdog turnaround, especially if its healthier competitors fail to see what’s ahead. If, however, that number starts to grow, then and only then would it be time to throw in the towel.