Home / Casino / Investing The Hard Way: Can MGM and Caesars Outrun Their Debt? 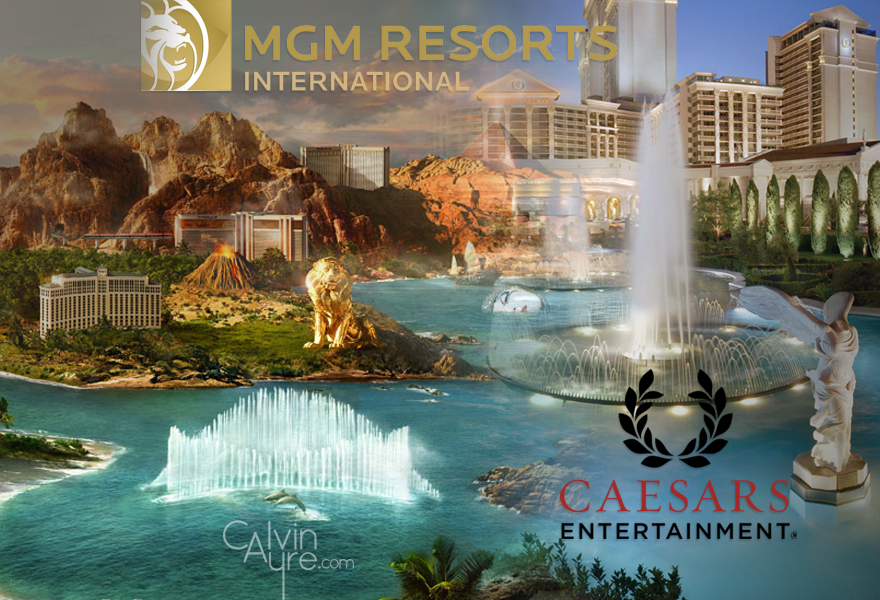 Over the last few months, I’ve been rather bearish on both Caesars Entertainment (CZR) and MGM Resorts International (MGM), arguing that the high debt loads at each company – $20 billion and $13 billion, respectively – means equity investors are unlikely to see solid returns. Indeed, I’ve argued that MGM is simply overvalued and have repeatedly recommended that investors avoid – or outright short – Caesars stock. 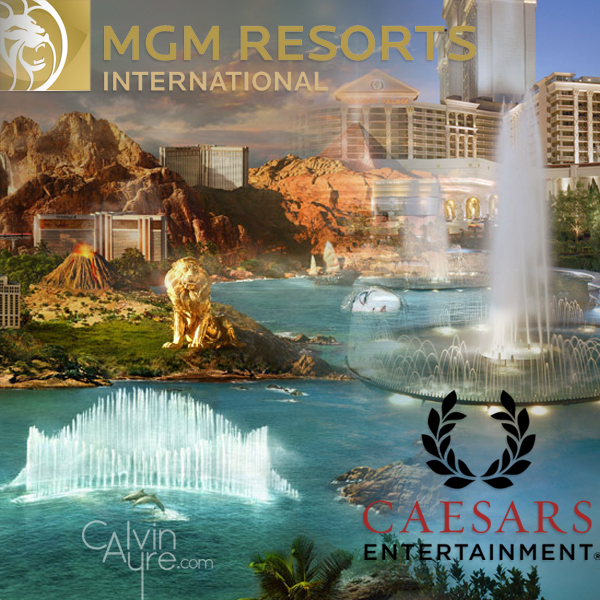 So far, my negative thesis on both stocks has been justified. MGM stock has fallen 4 percent year-to-date; hardly a disaster for shareholders, but its performance significantly lags the nearly 14% gain in 2012 for gambling stocks as a whole. Caesars stock, meanwhile, continues to collapse; after hitting $17.90 per share on the day of its cravenly manipulated initial public offering in February, CZR has gone almost straight down, closing Friday at $5.14 per share, near an all-time low.

The problem for both companies – and their stock – is the aforementioned eleven-figure debt balances. The primary concern for shareholders in a high-debt company is that they are required to pay the interest on that debt to bondholders. According to the company’s third quarter earnings releases, in just the first nine months of 2012, Caesars has paid a staggering $1.57 billion in interest on its bonds, while MGM shelled out some $836 million. The effect of that interest is most notable in Caesars’ third quarter results. Adjusted EBITDA (earnings before interest, taxes, depreciation, and amortization) for the first nine months of the year was $1.52 billion, according to the company. That figure represents the cash coming from Caesars’ worldwide properties back to the corporate entity. With $1.57 billion in interest costs alone, the entire amount of profit from every one of Caesars’ locations – and its interactive division – goes straight to bondholders, with equity owners in Caesars still on the hook for another $50 million or so in interest. With interest on its own wiping out positive EBITDA, Caesars essentially has no cash coming in to pay taxes, maintain its properties, or invest in new projects. As our own Calvin Ayre  commented this summer, “Caesars really is just an organisation that has evolved to be a debt servicing organisation.” MGM’s problem is not nearly as severe, but it is still noticeable. MGM’s EBITDA was about $1.3 billion, with interest eating up nearly two-thirds of those earnings.

With about $550 million remaining after deducting interest, MGM still saw $700 million in depreciation (the loss of value of tangible assets; a $3 billion casino with an expected life of 30 years will create $100 million in depreciation annually) and amortization (the loss of value in intangible assets, such as brands, customer databases, and the like) over the first nine months. In other words, the earnings from the business are not enough to cover the decrease in the business’ value over time. Rooms must be re-painted; beds must be replaced (insert your own Vegas joke here); and a 20-year old casino is not worth as much as a 20-day old casino. Despite the $700MM D&A figure, MGM only spent about $316 million in capital expenditures (the purchase of property and equipment), meaning it is likely the company is cutting back on potentially necessary maintenance spending to preserve cash.

The second problem that high debt creates is a lack of financial flexibility. Companies create cash two ways: they can generate it through the business, or they can borrow it in the capital markets, through the sale of bonds or the use of credit facilities or other private lending mechanisms. While the high interest costs make the generation of cash more difficult for both companies the high level of existing debt makes new issues nearly impossible. Caesars’ unsecured debt (bonds issued without a specific claim on Caesars assets in the event the company defaults) already yields about 20 percent annually, a stunning figure that shows the bond market is pricing in a substantial probability of default. The company will (hopefully) be able to re-finance its existing debt, but the odds of Caesars issuing new debt to fund a new project are slim indeed, and the interest rate Caesars would have to pay would likely make any new initiative economically unfeasible. MGM may be in a similar situation, though at a lower interest rate; it was able to re-finance $1 billion in September, at which point it proudly noted that the 6.75% rate was the lowest it had received since 2006. But that proclamation was ingenuous, at best; US government bonds – considered “risk-free,” rightly or wrongly – paid over 4% for most of 2006, relatively to about one and a half percent currently. The drop in MGM’s interest rate is less a reflection of the company’s strength than it is the desperation of investors to get a reasonable return on their money, as MGM’s debt is still priced lower than that of better-capitalized competitors such as Wynn Resorts (WYNN) and Las Vegas Sands (LVS).

In and of itself, debt is not an insurmountable problem. In fact, debt can be healthy for companies that are serving high-growth markets. If a company can borrow $100 million, invest that capital, and create a return of $12 million, while paying interest costs of $6 million, it is benefiting its shareholders, to the tune of about $6 million per year. This is known as “leverage.” The problem for both MGM and Caesars is that their legacy businesses – which serve gamblers in Las Vegas and across the United States – are not creating the growth necessary to turn debt into leverage. As such, both companies are faced with a simple conundrum. If Caesars and MGM continue on their current path, their earnings may be able to pay off the interest on their debt, but little more. Both companies are facing the vicious cycle of subpar revenue growth, which leads to modest long-term earnings improvement, which leaves a company which can do little but pay off its interest, re-finance its debt, and live to see another day.

So both Caesars and MGM appear to have made the same bet: to attempt to expand enough to create additional revenue growth, which will create enough additional cash flow to allow the companies to “de-lever,” or begin to pay off its debt. So far, neither company has been successful – long-term debt has risen at both companies since the beginning of the year – but the idea is simple. Expand; create new sources of revenue; use the current low-interest-rate environment to re-finance as much as debt as possible; and hope that long-term growth will enable each company to essentially out-run its debt.

This is why both companies seem so intent on expanding; they basically have no choice. Were either MGM or Caesars to sit on their existing properties, there is little chance either company could do much more than pay the interest on the debt and, at best, cover the maintenance required on their properties. With a combined $34 billion in outstanding bonds, both companies must try to grow as fast as possible. Witness Caesars’ moves into India, where the company plans to build an integrated resort that does not even feature gambling. MGM is looking at new markets in Massachusetts and Toronto, two markets in which Caesars has also expressed interest.

But the issue becomes: where will MGM and Caesars find the cash for both projects? Granted, both companies do have cash in the bank; Caesars holds $1.2 billion in cash, while MGM doubles that figure at over $2.4 billion. But that cash is not necessarily available for any project the companies deem feasible; they may be required to keep a minimum cash balance to satisfy credit facilities, and given the fact that both companies are posting net losses, a draw-down of cash may increase fears of bankruptcy. Those rumors are already swirling around Caesars, and any decrease in cash at either company might heighten fears of insolvency.

To be fair, some analysts believe that the long-term deleveraging can be accomplished, if revenues on the Las Vegas Strip continue to rebound. Analysts at Wells Fargo gave MGM one of its two “Buy” ratings in the gambling sector, arguing that a potential rebound on the Strip could return the company to profitability. The numbers may work in analysts’ models, but there are real-world concerns. Can these two companies create the funds – whether through cash flow or debt issuance – to fund multi-billion dollar projects in Ontario? Caesars has been notably bullish on its new Ohio casinos in Cleveland and Cincinnati; but the company only owns 20% of both properties through a joint venture with Rock Gaming LLC. Why? Because Caesars literally couldn’t scare up enough cash to finance the construction of those casinos on its own. MGM spent $40 million simply to allow a sixth casino in Maryland, with MGM’s National Harbor site clearly the front-runner for that final license. Yet how confidently – and how cheaply – can a company with nearly $12 billion in net debt create the capital needed to develop new projects?

That is the problem with excessive debt. It simply limits a company’s ability to invest new capital in ways beneficial to its shareholders, because so much of the company’s earnings are earmarked for its bondholders. Caesars and MGM can discuss new initiatives in Maryland and Massachusetts, or even overseas. But the question remains: who, exactly, is going to pay for these new projects? With so much debt on the books outstanding, and interest costs eating up such a substantial portion of earnings, neither company can confidently take risks on new projects without literally jeopardizing their entire operation. With the cash flow from its Macau property, and a slightly more modest debt load, MGM is definitely ahead of Caesars. But it may not be far enough.