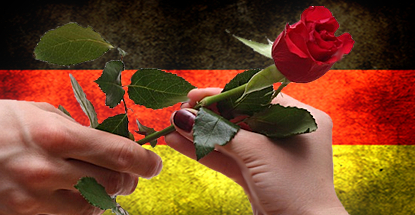 At long last, Germany has revealed the list of its 20 federal online sports betting licensees, with Bwin.party, Ladbrokes and Betfair among the lucky bachelorettes awarded a Teutonic rose. Another lucky recipient, mybet Holding SE, broke the news on Tuesday, “delighted” with its status as one of the local firms granted the legal authority to offer online sports betting in all German states. Sadly, even though it’s taken over two years for the Hesse Ministry of the Interior and Sport to clear this hurdle, this race is anything but over.

Among the other locals making the cut was Digibet, the Gibraltar-licensed firm whose way-back-when challenge of a federal court order prohibiting it from serving German punters helped bring us to this day. The rest of what mybet referred to as “the twenty best” are as follows:

Betfair will be doubly pleased by the timing of the announcement, which preceded its annual general meeting by just two days. Bwin.party and Ladbrokes are just happy to have their names associated with something positive for a change. A Lads spokesperson told eGaming Review the company welcomed the development but would be taking a wait-and-see approach before devising a strategy for the country.

Lads’ hesitation to pop its champagne corks is understandable. As Mybet’s announcement noted, its license would not be officially issued until Sept. 18 “at the earliest” with the delay “intended to give parties whose license applications were rejected an opportunity for legal recourse.” The confusion that surrounded Germany’s convoluted licensing application process has undoubtedly provided plenty of legal wiggle room for those betting companies that got left at the altar.

During last week’s analyst call to discuss Bwin.party’s dire H1 earnings report, CEO Norbert Teufelberger had expressed the opinion that losing bidders would most assuredly appeal the outcome. Teufelberger suggested the status quo of betting in Germany would prevail for at least a couple years until all such legal avenues of appeal had been exhausted.

Among the locals not making the cut was Tipico, while Stoke-based bookies Bet365 and Michael Tabor’s BetVictor also failed to make the grade. All three companies had been deemed acceptable by the renegade regulators in Schleswig-Holstein, where the former state government had instituted its own online gambling licensing regime – including poker and casino verticals – after declining to join the other states in ratifying the Federal Treaty. That applecart was upset when a new administration took power in January 2013 and decided to add its name to the federal treaty after all. The race is now on to be the first operator to return the favor and spoil the federal party.